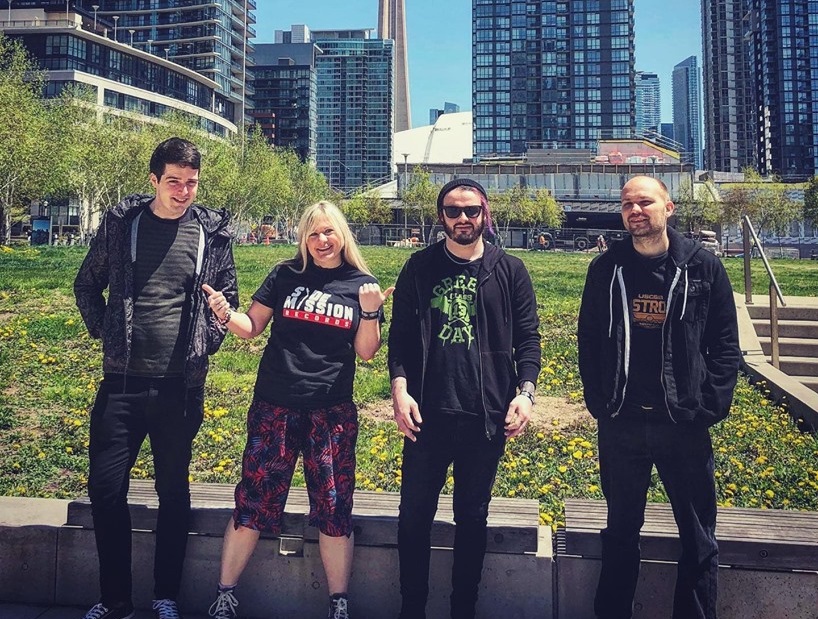 It’s been bastardised by so many awful bands that it’s easy to forget just how invigorating it was first time around. The best bands of the genre write (or wrote) songs that were fast enough for the hardcore kids, but bouncy enough for the college rockers.

No Matter have now been on the go for nearly ten years. Made up of former members of Best Before End, The Dangerfields, Leap for Lenin and Nerdmore, they’ve done a fair bit of touring across the UK and even playing festivals in places like Slovenia. Their work ethic is certainly to be commended. Makes a difference from most Belfast bands, who seem to think Dublin is too far of a trek.

Having recorded two EP’s and demo, this is their second full length. 2016’s ‘Ill Advised’, which saw them begin a relationship with English label Umlaut Records, was a strong debut let down by a few moments less worthy of the name No Matter.

Thankfully, the band have stepped up to the plate with this one.

‘How Low’ is classic No Matter in it’s mix of euphoric tuneage and a desperate cry for help within the lyrics. When guitarist/mainman Dan Kennedy asks the listener ‘is it OK to crack up/When it’s hard to crack a smile”, it’s hard not to come to the conclusion that rock bottom is not too far off for the narrator. The backing vocals, very reminiscent of Bad Religion’s “oozing aaah’s”, only add to the plight.

Indeed, the Bad Religion/Queers/NOFX influence is what marks the band as above the spate of whiny Blink 182 sound-alike’s. The sound they aim for is tough and melodic and, all too often, they get there.

By now, you should know what to expect sound wise. So it’ll be redundant of me to go into further track by track breakdowns, but I’ll tell you what some of the stand out song are: ‘Seething’ has a killer, bouncy riff which is so good it only gets played once, but is enough to contrast with the sheer resignation evident in the vocals.

‘Rewrite’ is Motorhead gone pop punk. Absolutely killer. Best track on the album. ‘Watch the World’ is a more optimistic number, which sees guitarist Jarlath Cowan soar in the chorus, making it very Southern Californian sounding. ‘Bohemian Scandal’ ups the melancholic factor with bassist Catface taking down an unnamed figure whose “…integrity is a parody/But I still hoped you’d have a shred of decency” and lamenting her naivety at believing the public persona.

Production wise, Jonny Munro at Bearcat Studios has been manning the boards since 2014’s ‘Drop the Act.’ He knows what he’s doing, and keeps a balance between clean pop and rough punk. The only slight complaint I would have is that Jamie Wilson’s drums aren’t as prominent in the mix as they should. Live, he’s a powerhouse and it would be cool to hear that reflected on record.

The artwork (as always, by Catface) continues in a similar vein to ‘Ill Advised’, although this time the theme is the monotony of touring. It’s suitably bizarre, moody, funny and evocative. I love the griminess of the wall and the bulging suitcase (with a picked at No Matter sticker). You can envisage four band members sharing a room while trying to avoid the cockroaches in the corner! The back is a situation that anyone who has played gigs will be able to sympathise with straight away. The thumbs up is a magic touch, carrying on in the face of adversity.

It delights me to say that No Matter have done it. They’ve produced an album worthy of their name and reputation. Keeping the running order to eight tracks, the focus is on quality and power. One of the finest releases from an NI band this year.