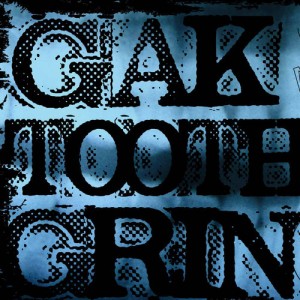 If the name Smoking Tongue conjures up a mental image of an alt-rock band awash with grunge influences yet pointedly aimed at the radio-friendly sector of the rock market, then my goodness you are spooky because that’s exactly what this Lisburn-based quintet are. The band formed around 2010 and released a handful of singles on the MySpace page. Their hard work came to fruition in 2012 when they won a Battle of the Bands competition in their native Lisburn. After honing their craft playing several local gigs the lads have released their debut EP, the drolly-titled ‘Gak Tooth Grin’.

The six track EP reveals a wide range of influences, as well as a seriously talented group of musicians. From opening track ‘Electric Tremors’’s funky time changes and rocking chorus, to the ‘classic rock with a ska twist’ beat of ‘Paralysed’ and the softer, almost ethereal slow burner ‘Bridge to Burn’, it really is an enjoyable and varied album to listen to.

The band display quite a mature sound, surprisingly so for such relative newcomers. Their love of grunge really comes to the fore in the likes of the quirky ‘Pumpkin Soup’, with its cool riffing and impassioned vocals – in fact, the very pleasant, Eddie Vedder-esque timbre of frontman Brendy’s voice shines throughout the entire EP. The highlight is unquestionably lead single ‘The Equation’. Its beefy riffs and those left-field time signature changes combine with a huge singalong chorus to create a thrillingly diverse number where every band member shines. It’s a strong finish to a really rather impressive debut.

Smoking Tongue have pulled out all the stops with this EP. By cleverly combining the angst and intensity of grunge heroes such as Pearl Jam with the radio-savvy tuneage of The Arctic Monkeys et al, they have created a unique sound that will appeal to a large swathe of rock fans. 2014 will undoubtedly see ‘magical’ things happening for this talented bunch.

VENUS EFFECT – ‘Into the Fire’