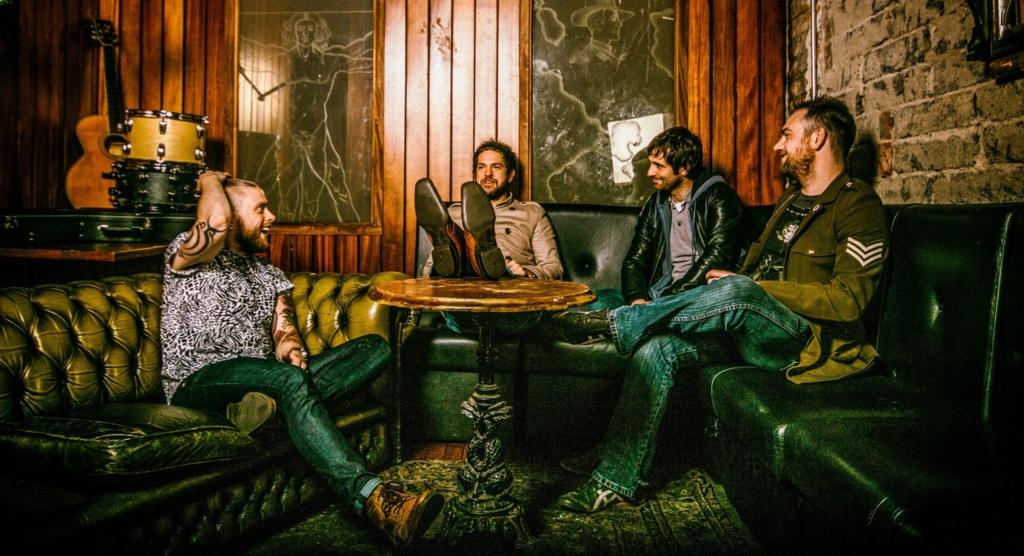 The Crossfire Hurricanes – Break Through The Sky

In his infamous speech at the 2014 Brit Awards, Arctic Monkeys frontman Alex Turner took it upon himself to fight the corner for rock n’ roll, dropping the mic as he proclaimed that although “it seems like it’s faded away sometimes…it will never die.”

It has been pushed to the sidelines though.

With pop, hip-hop and grime filling up the content of most Spotify playlists in recent years, and Northern Ireland’s output having tended towards melodic singer/songwriters, the raw howl of electric guitars and pulse of kick drums has taken a bit of a back seat. Which is why bands like The Crossfire Hurricanes might matter more now than ever.

In the opening bars of their new EP, a lone guitar rolls into an infectious riff that sets the tone for the rest of this gem of a record. Thick with reverb and doused in a healthy dose of old-school blues, it’s hypnotic. Brendan McGreevy’s voice swaggers confidently from line to line, reminiscent of Liam Gallagher or Tom Meighan, and only adds to the feeling that you should be taking in Break Through The Sky, the title track, in a sweaty late-night venue with a pint of something cold in your hand.

After a chorus that briefly transports you into full-on anthem mode, just when things seem to be fizzling out, the band launch into a minute-long break. The sort that The Stone Roses used to tag on to the end of all their most memorable hits. One that gives a platform for the band to display their technical prowess. And gives the rest of us an excuse to reach for our air guitars.

The pace settles on second track, Whatchya Say?, as McGreevy’s gravelly vocals celebrate and yearn after the desirable object of his affection who seems to remain frustratingly just out of reach – “When she’s here, I don’t care, I can breathe, I can hear.” The eerie backdrop of strung-out synth and Niall Kelly’s syncopated drum beats add layers to the soundscape and heighten the sense of longing in the lyrics.

But do not worry. The riffs have not vanished. In fact, they return with a vengeance on closing number, Heat. Jagged chords punctuate the silence and the duelling guitars of McGreevy and lead guitarist, Pol Mead, come to the fore once again. All the while, Owen Duffy keeps the wheels firmly in motion with a pounding bassline. It’s impossible to sit still with this blaring through your speakers. Three minutes into your first listen, and you’ll be joining in with the playful refrain “I never felt this heat before” in a rowdy singalong of your own.

The Crossfire Hurricanes aren’t reinventing the musical wheel. They never set out to. Instead they want to remind us of what we miss out on by neglecting rock music. When a crowd with two guitars, a bass and a set of drums get it right, there’s nothing like it to get a party started. And if The Crossfire Hurricanes continue in this vein of form, rock fans won’t have anything to fear.

There’s still life in the old dog yet.