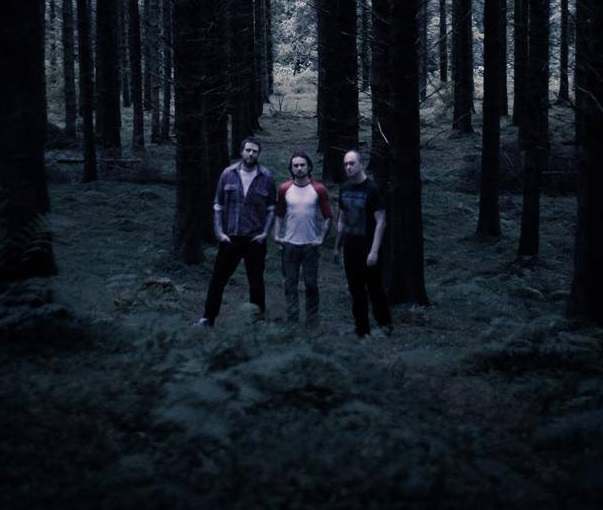 Belfast-based trio THVS make sharp, visceral, aggressive and blood-pumping music that refuses to be pigeonholed and 2018’s Plague Widows proves this. Across its three tracks of sonic assault, THVS throw down a frenzied amalgamation of hardcore and metal styles, ranging from the apocalyptic doom and sludge of ‘Thou’, to the throat-shredding vocals and hyperactive song structures of ‘Converge’ and newcomers ‘Portrayal of Guilt’. This is all while retaining a very classic 90’s American HxC sound. Despite the swathes of musical influences, THVS remain wholly original and inventive.

Since 2015’s Everyday Hexes, the band’s releases and live shows have been few and far between – during these long periods of absence, THVS have evidently spent time whittling down their vast myriad of influences into something much more coherent, musically tight and hugely satisfying.

Opener ‘Mayblood’ wastes no time acquainting the listener with the relentless musical onslaught to come. An intense and foreboding sludgy riff gives way to breakneck rhythms and a throat-shredding vocal performance as the acidic lyrics emerge from amidst clouds of aggression – “I’m in the closest place to hell / These ties that bind drag me down”.

The consistently dark, venomous, ambiguous yet thematically linked lyrics makes Plague Widows feel less like just an EP and more like a snapshot of pure, unbridled contempt directed towards the monotonies and pitfalls of modern life.

2017 single ‘Squid Plural’ follows, a 3-minute “pop song” by way of speaker-pushing hardcore. The rhythms are cascading and complex – aided by pulsing, fuzzy bass lines and buzzing, nimble guitar work, Squid Plural is the catchiest (and the noisiest) of the three songs offered on the EP.

On final track ‘Neon Demons’, THVS explore yet another avenue of their influence. A nimble, Josh Homme-esque opening riff adds weight to the heaviest song on the release. Bursts of frenzied tremolo guitar chords swell around the vocals as they enter the verse periodically, tightening the claustrophobic atmosphere around the listener before opening up and caving in – a transient, short-lived breakdown and chaotic final verse close the EP in an appropriately heavy and frantic manner.

With a running time that clocks in at just over ten minutes, Plague Widows is a short, sharp shock of an EP that shows maturation and growth without losing the edge that makes THVS so special, which is in part due to the noticeable Belfast tinge gracing the surreal, otherworldly lyrics (“Lights and star / Doused in blood / Tooth and nail / Claim your fame”) – no other accent can sound so menacing. Tight musicianship and songs that feel familiar, yet new, interesting and varied warrant repeat listens. Plague Widows is cathartic, crushing, highly enjoyable and proves that THVS deserve to be the leaders of the new Belfast hardcore movement.