by Mark Noble
in Music Reviews 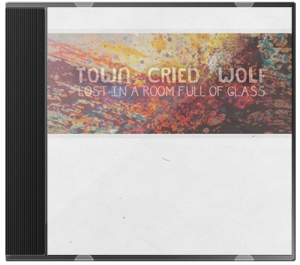 Lost Room Full of Glass is the debut EP from Belfast based rock outfit Town Cried Wolf. Formed in early 2010 but after several changes in vocalists, they now have a settled line up and they recorded and released this fine flowing E.P in February 2011.

The opening track ‘Here Come The SuperFriends’ is a track that would match the tempo, aggression and duration of a song from the 80’s hardcore era that brought us the likes of Black Flag and Minor Threat. Vocalist Dessie Magee roars his harsh vocals over a wall of crunching guitars, flowing bass and hammering drums, ending in violent scream and an unexpected synth sample which leads into the next song ‘Would You Kindly?’. This song shows their diversity and talent with a sudden change of a pace and tone when compared to the previous track. It also features melodic guitar parts akin to a progressive instrumental band, less viscous vocals and an interesting arrangement; and as with the previous track it runs perfectly into the next track. ‘My Robot Killed Rowan Atkinson’ is a fine mix of the previous two tracks with the anger of the first track mixed with the musicianship and arrangement of thesecond track, which creates a very fine song.

This E.P is great start for Town Cried Wolf, and therefore it will be interesting to see which direction they will visit for their next release, as they have shown in this release that they are not afraid of doing business very differently.