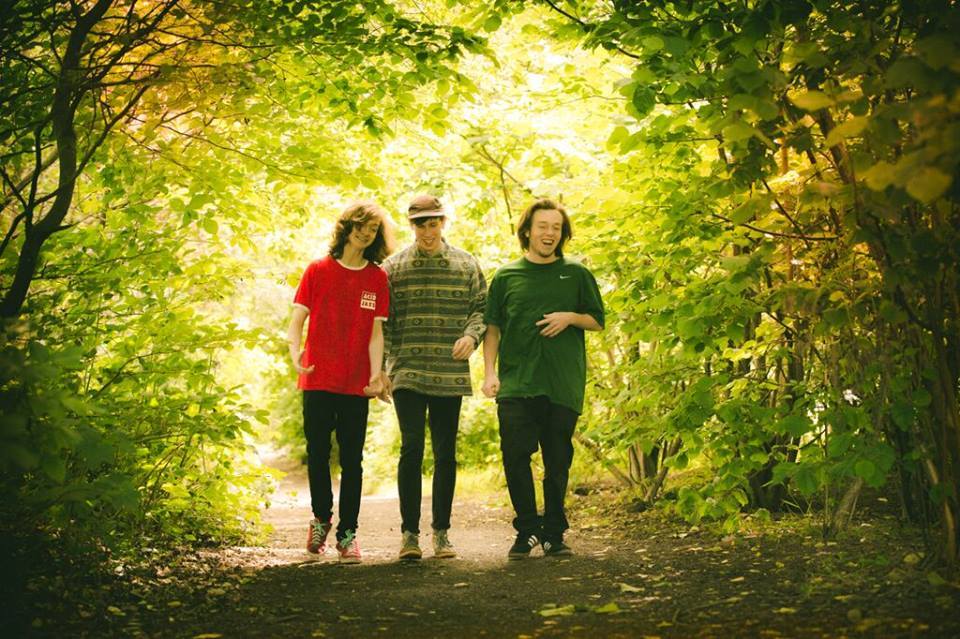 Succulent riffs and tap-along melodies are the order of the day following newly released EP of Belfast’s own genre smashing Treehome. They introduce a unique skill set and sound, and by doing so set the bar high for any follow ups to come. What a desirable problem to have.

The trio features the talents of  Ben Flavelle Cobain on both guitar and vocals, Sam Green on bass and Micheal Culbert on Drums (the EP also features local talents Andy Ferguson on Keyboard and Linley Hamilton on Trumpet) rounds out the lineup. Formed back in 2013 (for those who need reference, ‘Macklemore & Ryan Lewis’ won  the MTV ‘Best New Artist’ award in 2013, so yeah it might as well have been 100 years ago), the group have two strong years of experience and comradery under their belts, (as well as a runner up prize in the ‘Jaegermeister Battle of the Bands competition’),  and the musical chemistry is evident after just a few listens of this short EP.

First song on aforementioned EP ‘The Very Rude Man’ is a near-four minute long groove and funk drenched number that serves as an impressive a debut as any. Sexually charged lyrics  pushed by Cobain’s crooning vernacular illustrate a less-than-satisfactory passionate exchange between two young individuals. Rock solid L.A. influenced bass lines batter away at the listener while accompanying trumpets develop this funk-infused hymn, but not before crescendo-ing lead guitar breakdown delivers an accomplished and satisfying conclusion. On some occasions, most notably the chorus, Cobain attempts to broaden his vocal range to a mediocre effects, but such misgivings are quickly forgotten as listeners are swept up in the groove.

Pursuing musical number continues the strong debut, as song ‘Follow the Lights’ brings out the inner funk/blues in Cobain with an upbeat and sensual opening riff which leaves all listeners greedy for the rest of the song. This is accompanied by an thrilling performance from Culbert, who announces his presence fiercely with an imposing and intense Drum beat that has audiences entire bodies jiving in some direction. Lyrically, it is the most impressive song on the EP, with Cobain reminding us that “there’s a fine line between having fun and wasting time”. Again, the lyrics seem to revolve around a sexual energy but there is a grater sense of maturity about this ditty that is somewhat missing on the other two numbers. A groovy and dangerous climax leads on to the end of what seems to be an impossibly large single that makes you wish that it was just an extra ten seconds long.

Final EP track ‘Forbidden Fruit’ is presented as the mellow and sophisticated eldest sibling to the EP. While not as lyrically impressive as ‘Follow…’, this song sees the trio push their expertise to the limit, exploring darker metaphors (“Forbidden Fruit tastes the sweetest”) and unseen territory, such as the suddenly apparent and tactile trumpet solo that transports you from your current holdings to a bistro on the River Seine in 1935, where you are enjoying a quiet merlot with your sophisticated pals. A refreshing and unique change of pace the completes the EP.

Although not with out its faults, Treehouse have shown that they have both the talent and the work ethic to write and record something great-if-not-good, and should have all fans of the unusual and funky excited for what they can bring to the musical table of Belfast.