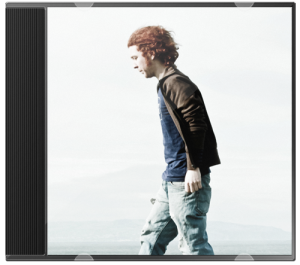 Former ‘And So I Watch You From Afar’ guitarist Tony Wright returns with his new solo venture ‘VerseChorusVerse‘. Strapping on his acoustic guitar and warming up his vocal chords, it’s time for the seasoned veteran of the Northern Irish music scene to take his fans in a very different musical direction with his humbly titled ‘VCV EP’.

An upbeat strum and steady momentum open the EP with the first track ‘One Fine Day’. A song that seems to remind us of a lazy summer’s day, the lyrics do quite the opposite. Perhaps a reflective look at the political backdrop that is Northern Ireland, the catchy chorus seems to have a theme of unification and hope with a message that urges this generation to see beyond the conflicts of the past. ‘Into the Autumn’ continues this theme of hope but at a much more personal level, with the positive message of the chorus, “Learn to live, live each day, Take each one as it comes and i swear you’ll be OK.” A warm acoustic riff seems to fit the mood perfectly definitely makes this track the highlight of the EP.

The mood changes dramatically as the album enters a much darker second half. ‘The Accused’ seems to call out the the liars of the world. Whether a politically charged song about today’s battle with the 1%, or something much more personal, remains up to the listener to decide but definitely proves that Tony Wright is a talented, clever songwriter. ‘Thrown Me Away (Sold Us Astray)’ seems to carry on the themes from previous track, this time without the strings or backing vocals. The vocals echo throughout the song which only add to the feeling of solitude that we get from the tormented lyrics.

Providing two distinctly different halves on this EP is perhaps the best way for Mr Wright to begin the next chapter of his musical career. Demonstrating his ability to forge radio friendly folk pop tunes such as ‘One Fine Day’ and ‘Into the Autumn’, as well as allowing into the darker side of his craft with ‘The Accused’ and ‘Thrown Me Away (Sold Us Astray)’ creates an enjoyably balanced introduction into the world of VerseChorusVerse.

Saturday Night Gym Club – How To Build a Life Raft