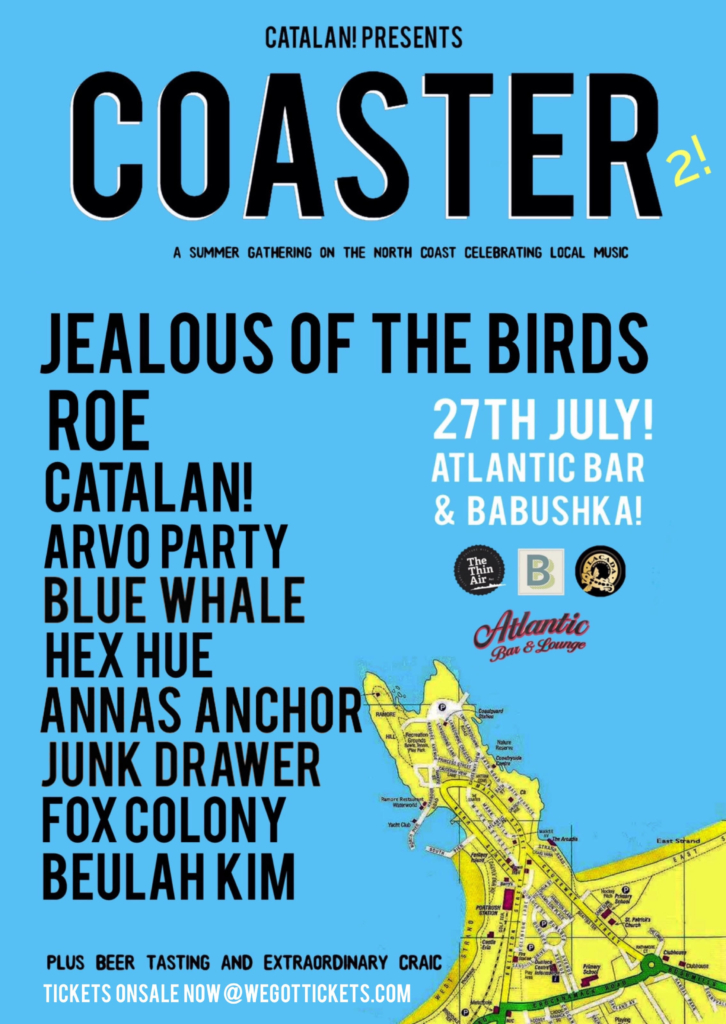 COASTER returns for a second year

With festival season in full swing, it is once again time to return to the coast. ‘Coaster’ returns to The Atlantic Bar for a day of local music and festivities. Headlined by alt-rock darlings Jealous Of The Birds, and flanked by the likes of CATALAN!, Arvo Party, Hex Hue and more, this celebration of Irish music will prove to be one for the ages.

Organiser Ewen Friers reports – “Coaster” returns for another full day of festivities on the bustling North Coast. A DIY all dayer organised by CATALAN! featuring, yet again, an impressive line up of some of the countries most important and most interesting acts.

The day kicks off at the slickest cafe in town; Babushka Kitchen, right on West Strand, for a selection of very special intimate performances. Later the party moves to the North Coast music scene’s cultural home and long standing “scene incubator” The Atlantic Bar. As well as the massive line up, local brewing cooperative Lacada will be on site, alongside various merch stalls. “Coaster” is an example of a vibrant, active, urgent and collaborative music scene that thrives here. It’s well worth the train journey and not to be missed.”

Quickly establishing itself as one of Northern Irelands cultural mainstays, ‘Coaster’ is not to be missed.