Speculation over when the Mandela Hall would finally close its doors has been rife for a while now. With a number of shows in the past few months claiming to be one of the last ever in the legendary venue. The final gig has just been announced for Friday 27th July.

After almost five decades of hosting artists from Northern Ireland, the UK and beyond, the South Belfast venue will be closing for a major redevelopment of Queens Student Union this summer. From its founding as McMordie Hall, to its renaming in 1986 and beyond, it has hosted gigs from a huge range of acts with everyone from U2, The Clash, Two Door Cinema to Nile Rogers and hundreds more. The popular Radar gigs ended a couple of years ago with one final blowout, and now the whole venue will do the same. Last week, The Bonnevilles hosted their latest album launch in what was billed as one of the final shows.

Both led and curated by North Coast rockers And So I Watch You From Afar, and split across two stages, the line up for 27th July will be a big one. Also are on the bill are Mojo Fury, Robocobra Quartet, David C. Clements, Ryan Vail, Arvo Party [live debut], Junk Drawer, Bitch Falcon, CHERYM and more to be announced. Few of the line-up, excluding the likes of Mojo Fury and Robocobra Quartet will have graced the Mandela stage before, with newcomers such as CHERYM looking to carry the torch on the closing of this chapter in Belfast music.

Tickets for the show go on sale at 10am on Friday 22nd June from Ticketmaster, priced at £15 + booking fee. It is sure to be a sell out. 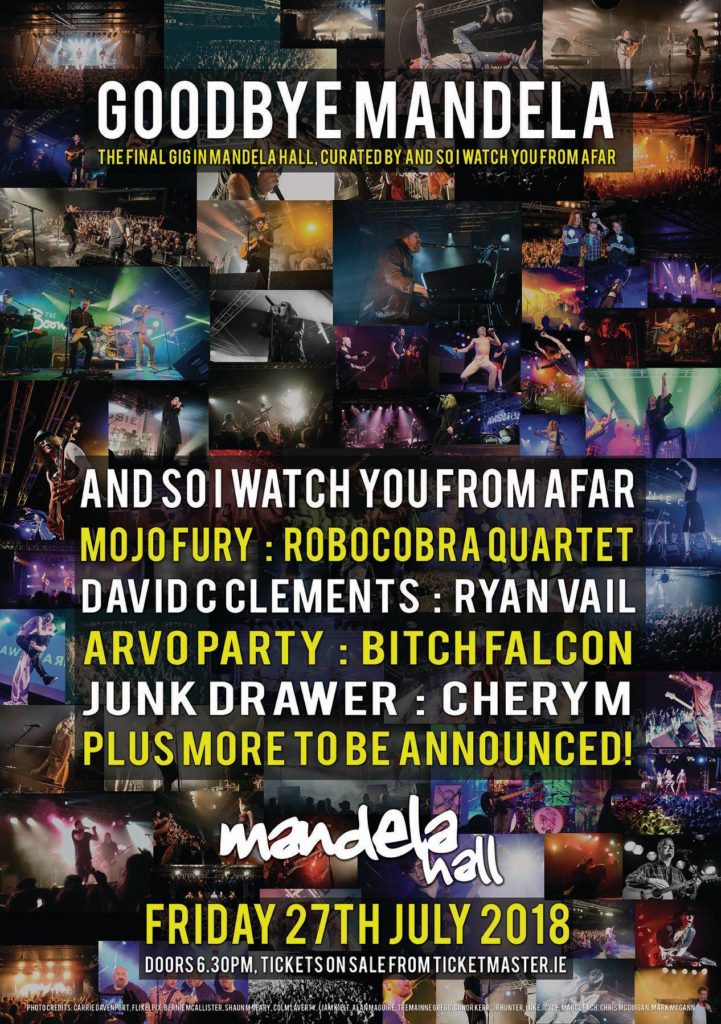 Stream: Mugged By A Ghost – Wasting Our 20s