Derry 4 piece, Selene, are a band with an ambitious vision. Symphonic Gothic Metal has its devotees but it is a very tricky sub-genre to pull off. Fellow Derry band, Sandstone, have carved a niche for themselves, gigging all over Europe, and it is only natural if Selene look up to them and use them as inspiration even if, at this point, Selene have a bit to go yet to match them in terms of quality. This is not a criticism. Selene have been together one year, Sandstone have several albums behind them and it would be totally unrealistic to expect Selene to be at that level yet. I am comparing the two only in respect of what Selene are aiming for and congratulate them for even daring to head down this most difficult of musical paths.

The most striking aspect of Selene has to be Shonagh Lyons‘ vocals. Her voice is a pure soprano. There is no attempt allow any hint of Rock, Blues (or Pop warbling) into her delivery. It is pure Opera, like Sarah Brightman with a Metal band as accompaniment. This is no longer completely unique, with female-fronted bands like Evanescence and Within Temptation in particular doing very well in the charts, but there is a delicate balance to hit in terms of how to make the band accessible. In other words, how many people could listen to an album of this musical combination? I am not sure, but you can only applaud what Selene are trying to do.

‘Still Dreaming’ proves there is song-writing talent in the band, for it is memorable for more than just Lyons’ remarkable vocal. Musically it is tight and adequately produced. Whether by design or by budget constraints, the band haven’t tried to throw in the kitchen sink or make it too overblown. The blistering, symphonic, Yngwie Malmsteen-style guitar solo did not appear – not something that bothers me, but fans of this genre may have expected it.

All-in-all, ‘Still Dreaming’ is a very creditable offering and Selene is definitely a name to keep your eye on. 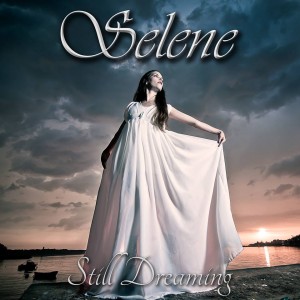