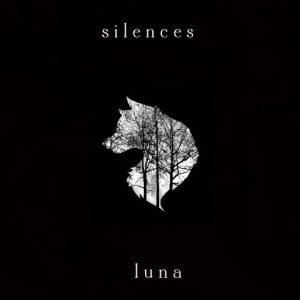 The third EP from Armagh’s own Silences, is a refreshing four-track release that showcases a uniquely folk-informed indie rock. A sound that has seen the band achieve early success and launch them to the stages of Electric Picnic and SXSW. Co-produced in Attica Studios by Tommy McLaughlin and Declan Legge, the Luna EP builds on the band’s previous success with the emotionally-charged ‘Sister Snow’ and ‘Nevernames’ EPs that embody the singer-songwriter charm of front man Conchúr White.

However, opening track ‘There’s A Wolf’, demonstrates an explicit progression for the band and White’s own musical politics, self-styled as being “about the menace of nostalgia and how our minds can reinterpret our memories and feelings to make us miss something that we never cared that much for.” One can’t help but feel the transformative basis of the song in the lyrics ‘There’s a yellow line for me that I crossed indulgently’.

Delicate guitar work echoing 2014’s ‘Sister Snow’ EP opens the track alongside a synth line that informs of the band’s new electronic direction. Throughout, the song sees the introduction of synth melodies and swells that couple with choral backing vocals to recreate the enchanting harmonies of the band’s earlier work with an impressive sense of digital grandeur that is sure to see their further success. The song plays with soft instrumental breaks and louder dynamics introduced by rolling percussion until building to a final crescendo that reaffirms the new sonic palette with a synth solo layered over overdriven guitar.

In the following track ‘Breathless’ we see the band further underscore their renowned technical prowess with softer dynamics. The soft sibilance of White’s vocals is set against electronic melodies and a gossamer guitar line that channels the likes of Air and Röyksopp. Sequenced drums replace the acoustic kit of the opening track and maintain an elegant atmosphere until live drums are reintroduced alongside an electric guitar line that reminds us the band haven’t lost their indie rock sensibilities. A vocal hook that blends seamlessly with the crash “Honest, am I ever gonna leave you breathless?” again shows evidence of the band’s sheer technical prowess and the production value of the work.

Atmosphere is once again notable with the graceful yet gripping with ‘Failing To Learn’. Opening with the bands’ characteristically gentle and reverb-saturated guitar, a steady beat introduces White’s elegant falsetto which blends with the sliding acoustic until it’s swapped out for electric guitar which cues the chorus, particularly striking in its live energy captured by the full-band acoustic performance. Death Cab For Cutie is clear influence with production that spotlights White’s lyrics angled on the theme of cautious love, ‘If we are falling in love, then we are failing to learn,’ and rhythmic breaks that blur a biting guitar tone and hissing cymbals into one. The introduction of a piano motif before the second verse teases the 2:30 instrumental break which sees the incredible acoustic competence of the band emphasised again with keys, White’s vocals and guitar respectively building into the same emotionally-gripping melody line.

‘Carve Me Open’ sees a return to the aforementioned folk charm of White’s singer-songwriter roots. Subtle multi-tracking highlights an acute awareness of atmosphere and allows the vocalist to present a closing track coloured with the emotion and authenticity that brought Silences their initial success.

For Silences, Luna marks a progression from the honest folk-inflected indie stylings that saw the band grip their first successes to impressive digital arrangements built out of an increasingly complex sonic palette. With its considerable production value, the Luna EP is a testament to the artistic capability of the NI music scene.