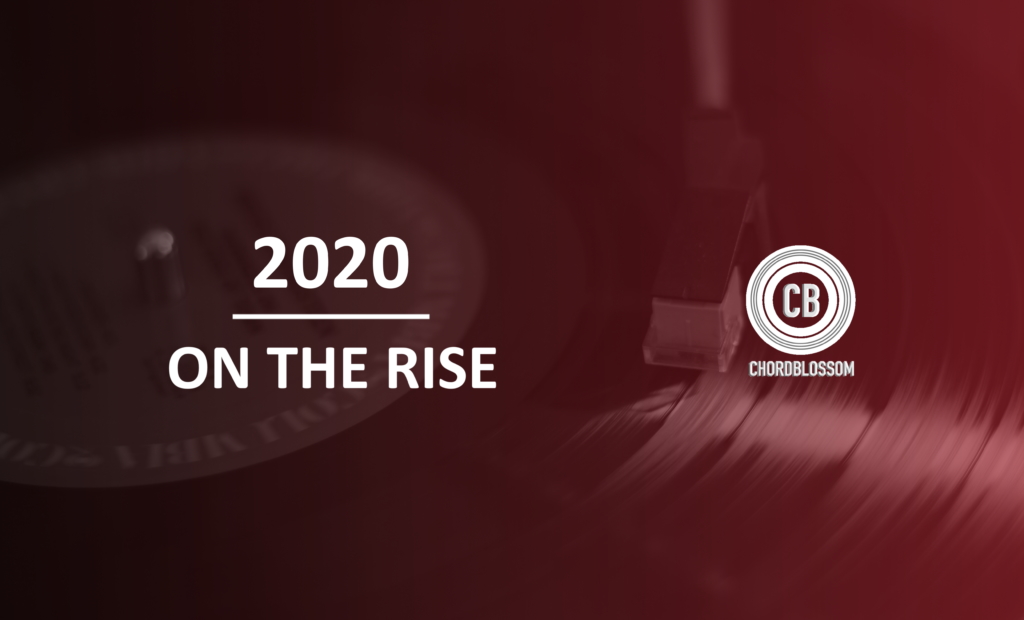 Ones to watch lists can sometimes be a flawed endeavour as there are undoubtedly artists and bands who will breakout but for most their road to genuine success will have taken years and years. Our One The Rise list for 2020 celebrates a selection of artists who we feel could make this year their own and a handful who have been around for a while longer and are now ready to break out on their own terms.

There are four fellows from Armagh who took the live scene by storm in 2019. The unstoppable force of Hunkpapa sold out venues around Ireland & also managed to do some gigging around Scotland and England as well. It is testament to the thrilling nature of their live show that fans continue to turn out in their droves and also bring their friends and family with them. Their success has truly been a word of mouth success story.

Their engaging & dynamic live show goes a long way, but it is the fact their set is stacked with belting tunes which offer both highs and lows across each performance. This ability to be captivating live and on record elevates them above their current peers and leaves us anxious for the rumoured debut album.

Sasha Samara began taking her first steps in Belfast circles last year. But those steps quickly gained momentum in a short space of time, her profile tumbling into a jog then a run. Earning a place on the Oh Yeah’s formative Scratch My Progress programme, she found bigger audiences and released a debut single, ‘Broken Vessel’. A emotive ukulele-led pop song that blooms into something bigger, it sat amongst our favourite songs of the year. Her 2020 has already begun with a set at Dublin coveted Ruby Sessions, and at this year’s Output Belfast she may find another big audience closer to home.

Samara’s voice is laden with pop, capable of power but also the vulnerability that comes out in her highly personal songwriting. Comfortable in front of an audience with an image and presence that seems to come easy, Samara is surely set to blossom further in the coming year.

Easily forgotten at the end of the year, Ferals released a string of three singles early in 2019, which collectively grant insight into their sonic refinement since releasing their debut single ‘Brendan Rodgers’ over a year previously. It is difficult to struggle to think of another Northern Irish alternative rock band that successfully blend a dynamic and heavy Deftones musical style and rhythmic experimentation with pop-punk vocals. It’s very experimental, and does not always work, but Ferals continue to appeal to a vast range of fans where they may just as easily have alienated them.

More recently, Ferals have received sponsorship from the PRS Open Fund, which both predicates a lot of activity in 2020 and demonstrates the recognition of their persistence throughout 2019. Ferals are fast becoming a household name in the zeitgeist of Northern Irish music, often heard mentioned in conversation alongside Kasper Rosa and Lafaro. If they continue in this way, there will be no stopping them.

Two nationally playlist singles. An appearance Other Voices. Her first US shows as a part of the Irish delegation to SXSW. Featured on BBC introducing. Opening for Snow Patrol on their arena tour. It’s hard to imagine exactly how Derry’s own ‘grumpy pop’ songstress would top 2019, but with ROE it always feels as if the sky’s the limit. Armed with nothing more than an arsenal of instruments and a talent for writing sad bangers, ROE has taken both the national and international circuit by storm in the last year.

With a number of prestigious showcase festivals under her belt, a new tour already announced and a debut album on the horizon, 2020 looks to be the year ROE’s career makes the leap. If her previously released tracks are anything to go by, its going to be monumental.

2019 was the year we were graced with Vale. Belfast lads born and bred, Vale have caused a whirlwind of hype and excitement on the local scene especially due to their live show. From the moment you see them, you’ll know you’re in for something special. Whether it’s the stage presence of Luke Baxter to the dance along anthems, this is a band that you do not want to miss.

Describing themselves as ‘indie rock’ they are a force to be reckoned with. With the release of their debut single “Virtual Reality’ and winning the most recent Battle of the Bands competition at the Pavilion, Vale have sent out a clear message; they’re not here to take part, they’re here to take over. With whispers of new music on the horizon this is definitely the time to see these guys as 2020 is the year of Vale!