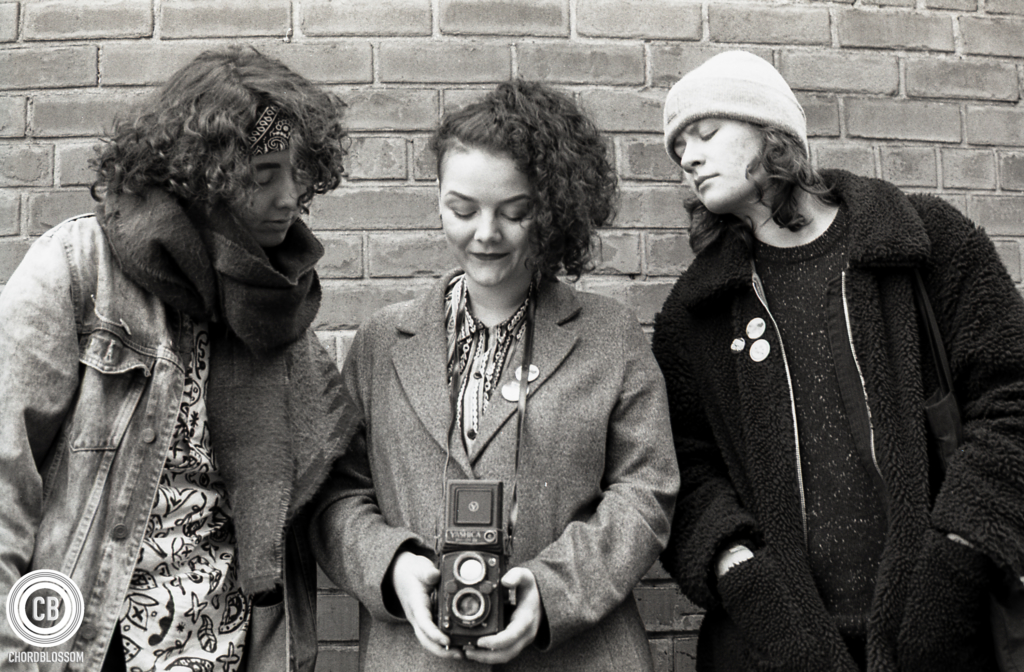 To celebrate Record Store Day this year we thought we’d celebrate all things analogue by combining the joy of vinyl with a love of analogue photography amongst our team. We reached out to a number of artists to discuss their favourites and the most influential records in their collections.

Tell Me How You Really Feel is one of those albums that climbed inside my mind and put my thoughts to music. It is brash, honest and deeply introspective, all the while maintaining Courtney Barnett’s typical nonchalant vocal delivery. The lack of emotion in her voice allows the music and lyrics to speak for themselves in a way that allows you to interpret it differently each time you listen.

I love this album for its honesty and lack of fear; Courtney says it how it is so cleverly you find yourself laughing in agreement. I definitely took on board that matter-of-factness as an inspirational tool in my own writing and performing. She pokes fun at, and then punches a hole straight through, the metaphors and figures of speech that are so easily hidden behind in songwriting. Which kind of sums up the album title, I guess.

In each song I can find something to resonate with, whether it be snarling anger at the patriarchy, feeling alienated in a room full of people, or freely admitting that I really don’t know a damn thing, and that’s okay. I feel like this album kind of sums up how it feels to be twenty-something; tentative and uncertain but hopeful all the same. It was the soundtrack to my 2018 and it’s gone down as one of my favourite records ever made!

In August 2017 Jen Cloher released her fourth album. Cloher had previously released three alt-country albums on Milk Records, and when recording her most recent she decided to avoid the artistic routes she had previously taken. The self titled album that resulted has an equal share of Riot Grrrl inspired politically charged garage rock tunes and slow intimate tracks about her relationship with wife Courtney Barnett.

Although Cloher is an Australian songwriter there are many songs on this album which I feel could apply to the current political climate of Northern Ireland. In “Analysis Paralysis” Cloher slates those protesting marriage equality in Australia, and Trump’s America in “Kinda Biblical”.

The song however that stood out most to me was “Strong Woman”. It is a four chord thrash in which Cloher recounts her childhood, finding her queerdom and pays tribute to her late mother. This song is one that frequently finds itself on Gender Chores setlists as a cover and we all had a collective fangirl when Jen reposted our version on her Instagram!

The only way I can describe the impact this album had on me musically is that essentially Alison Goldfrapp and Will Gregory climbed inside my 7-year-old mind and shook it about, completely remapping how I listened to music. When I first heard Felt Mountain, I couldn’t believe music could sound like that. It was the most eclectic mix of strings, synths, folk-inspired undertones and operatic-like vocals and it is still, for me, the most atmospheric album I’ve ever heard.

With its ethereal and unparalleled soundscape vibes and tender lyrics open to interpretation, this album made me realise that genres can fit into each other and that music composition has an infinitely broad spectrum. This has genuinely shaped how I approach making music, especially within the context of Gender Chores where we never limit ourselves to the classic punk outfit.

My favourite pick from the album is probably ‘Lovely Head’ because it’s the first song I heard, and I completely fell in love with Alison Goldfrapp’s voice and how eerie the whistling sounds throughout the track. If you told me I could only own one album, I would happily listen to this on repeat for the rest of my days. Absolute. Banger.

It’s hard to narrow it down to just one influential album when there were other huge life impacting music movements coming from Detroit & Chicago, in the from of UR/Drexciya, Carl Craig and his Planet E label, Moodymann & Theo, Derrick Carter & Sneak, but my choice comes from France.

One of the first records that got me completely immersed in house music was Pansoul by French duo Motorbass, Etienne de Crecy (Superdiscount) & Phillipe Z’dar (Cassius).

They along with Daft Punk, who burst onto the scene at the same time with their debut Homework,  led wave of French house resistance, fresh, disco sample laden raw tracks, a very european sound and an exciting time for new ears to experience electronic music.

A time pre internet where your only outlet to electronic music was via clubs (i was never a clubber so lets rule that out ), radio shows like Pete Tong’s Friday night slot on Radio One, or the Essential Mix, clubber bibles Muzik, Mixmag & Jockey Slut,  and if you were a vinyl buyer you’d hit the very few record shops in town, such as Dr Roberts or Mixmaster. Then you were taking recommendations from the staff, or reviews in the music magazines, knowing the vibe of certain labels or artists, but even then it was pot luck and you’d end up with more filler than you cared for. On the other hand you could end up with some discoveries that would blow your mind.

Pansoul was one of those pot luck records picked up in Dr Bobs. It sounded like nothing i’d ever heard before, hypnotic, smokey tracks sounding like that had been recorded under water. Oozing class and cinematic textures, it was a slice of Paris at night. Opening with the woozy Fabulous, hi hats filtering in and out for 3 quarters of the track until the drums kick in, next up is one of the album highlights, Ezio, built from handclaps, a muffled bassline & glorious strings, its 8 and a half minutes of perfect house music. The quality keeps coming with the frantic Flying Fingers, not the first time hip hop influences show on this album, aquatic filtered blues of Sun Ra sampling Neptune and similarly bluesy Wan Dance,  the other album standout Les Ondes, rolls along with brooding menace peppered with ghostly vocal snippets, and album closer Bad Vibes winds things down.

23 years on and it’s still one of the most important electronic albums of our time.

I don’t know if I truly have the right words to explain how much The Execution Of All Things means to me. The first time I heard Jenny Lewis’ voice was watching a trailer for Orange Is The New Black. She sang, “sometimes in the morning I am petrified and can’t move, awake but cannot open my eyes” and I had never felt more understood. I immediately learned it was a song called A Better Son/Daughter by Rilo Kiley, which became the anthem for my darkest moments and a reminder that I was not alone. I devoured it. Then I devoured the album. It is a collection of some of the rawest emotional lyrics I have ever known, juxtaposed with some of the most hopeful.

“You say I choose sadness, that it never once has chosen me. Maybe you’re right”.

“Your ship may be coming in, you’re weak but not giving in”.

“I feel nothing, not sane. It’s a hard day for dreaming again”.

“Moods don’t command you if you don’t know what you’re going through. There’s love for you up where the population grows”.

Jenny and Blake were so completely honest and it inspired me to be more open in my lyrics. My album The Inbetween is pretty much my diary and the thought of that often terrifies me, but if one person feels a little less alone then I’m happy. The inclusiveness of the group vocals at the end of With Arms Outstretched feels like the warmest hug at the end of a dark spell. It inspired the backing vocals at the end of my song, It’s Ok. It also inspired the narrative of my tracklist. It’s a record that should be listened to from start to finish, the songs flow so well together and weave in and out of lo-fi interludes filled with childhood imagery. It takes you through the dark times and brings you out into the light. That’s exactly what I wanted to achieve too.

I am very thankful that I don’t relate to the lyrics as often as I did but it still doesn’t stop me returning to it over and over again. The Execution Of All Things is not only my favourite record but the most important. “This album saved my life” is a phrase that is a little overused but, maybe it’s right.