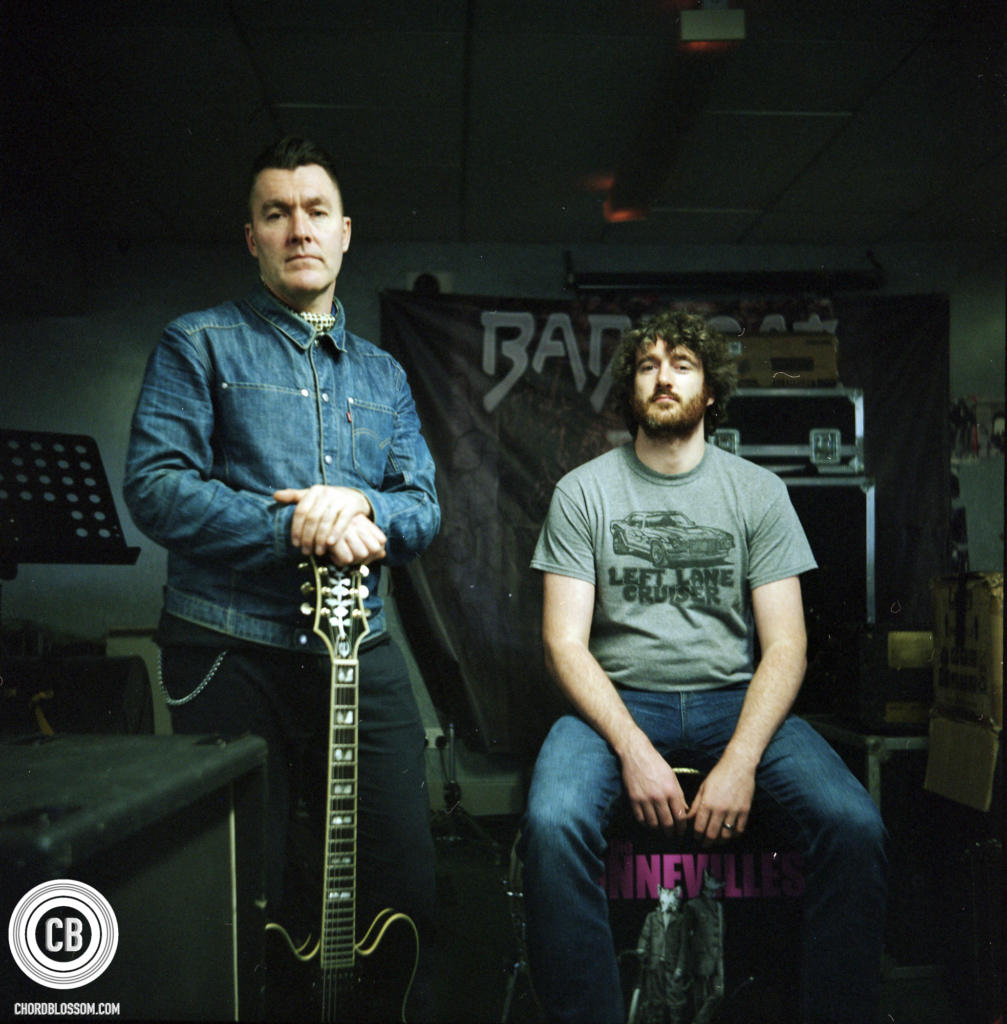 To celebrate Record Store Day this year we thought we’d celebrate all things analogue by combining the joy of vinyl with a love of analogue photography amongst our team. We reached out to a number of artists to discuss their favourites and the most influential records in their collections.

For part one we spoke to Lurgan blues duo The Bonnevilles, whose love of a classic sound is evident. And two of Molto Vivo, an eclectic rock band from Belfast. With photos from Conor Kerr and Zoe Faulkner.

Magic Sam‘s West Side Soul is one of the greatest Chicago blues albums of all time, maybe thee best.  I know it shouldn’t matter but the sleeve is as cool as hell. Important stuff.

Recorded on Delmark Records in Chicago, a scrappy upstart to the monolithic Chess (my favourite label).  The studio was a small back room behind a record store that still exists. Recorded on the fly on cheap gear, it sounds exactly like the way we record.  A lesson for anyone that it’s not the gear that makes records, the things that matter are songs and soul. A word to the young ‘uns – put time into the song, people love a tune god dammit.

My favourite on the album is track 3, ‘I feel So Good’, a true classic. It’s got the north Mississippi one chord/riff thing going on that if you think its easy to do you’ve never tried it.  Understated and groovy as hell, if I ever wrote anything half as good I will die a happy man. Dancing to it drunk is to be recommended.

These Mississippi emigres arrived in Chicago to escape tenant farming and changed the world.  No form of modern music has not been influenced by these, often illiterate, farmers and I love that.

Try this album, its beautiful.

When i look back the one thing that always stands out was when i was first given Metallica‘s live album S&M.

Yes, I’m a metal head as most people know and when i think back to my early teens I would listen to dance music, whatever was on the radio and any other crap that was forced into my skull. It’s strange how you know pop songs even when you don’t listen to pop music. Thankfully one summer in my middle-late teens i was given S&M when my brother and I got a new Mini Disc HiFi. Our mum saved up for months to get us this HiFi and we got a load of CDs from my mums friend who she worked with to copy on to MD.

We couldn’t afford to buy CDs apart from the ones we stole. One of those was Metallica’s S&M album and my brother and I were instantly hooked. That whole summer we listened to that album every single day and made it our mission to get every Metallica album available. I come from a musical background and my father made a living playing drums in the Irish showbands but this seemed to not filter down to me until I was a bit older. It was strange it took this long for me to get obsessed by music. The key word here is obsessed, I was completely obsessed and listened to music constantly and then picked up playing the drums. All because of that one album.

Fast forward 20 years and I’m still a Metal Head but thank god I found other music genres. I was your typical metal fan who dismissed all other genres unless it was metal, hell I can go one better, for a year i would only listen to Metallica and nothing else. Remember kids, a good song is a good song and get obsessed by something.

I feel in love with Green Day quite early on and especially after I had seen them live. Kerplunk is my choice, the answer to their first album 1039/Smoothed Out Slappy Hours and the first album to feature Tré Cool on drums, adding a whole new dynamic to the band. When I first listened to it, I was 14 and was completely blown away by what I was hearing. It was Green Day’s true sound coming through before the major success of Dookie.

Through live recording they were able to capture the raw energy that was prevalent in their live shows. The band put their own personality into this record, they weren’t trying to be the ‘most punk’ band, they were focusing on writing good songs. They were trying to prove themselves as a local band, but also touching on frustration in ‘Christie Road’. It really resonates; trying to prove our worth as a band but looking back to creating our own arenas in Mayfields [where I grew up] with a duck and 3 cows as our audience.

I don’t yet own a Green Day Vinyl – so I selected Small Change by Tom Waits as my favourite vinyl from our collection. Tom Waits is one of my favourite songwriters, The Asylum Years is my favourite era. A lot of people say that this isn’t Waits’ best work as it was one of his more uneven albums but that’s why I love it; it’s uncategorizable, it’s unorthodox, unpredictable and you can expect anything.

Amazing – Aerosmith is my record of choice from my collection. This band has carried me through a lot with their music and whimsical approach to rock. I’m lucky enough to have a copy of the ‘Janie’s Got a Gun’ single and B-side which was a very healing song at a certain time of my life.

I have chosen ‘Amazing’ because of the position it holds in my every-day life. The lyrics just couldn’t listen to all that righteous talk are a battle cry for me, as a follow up to the song’s earlier lament Just tryin’ to survive / Scratchin’ to stay alive. It makes me feel that fantastic, deeply rooted human desire of survival that I think a lot of Disabled people can relate to. This song takes that silent roar that happens from pushing through and solidifying your right to exist and take up unapologetic space and turns it into tune, mimicking this elevating experience in the vocal and instrumental release of the track’s outro.