Bird & Bramble: Cover Gigs – Can you play the Gambler?

by Bird & Bramble
in Blogs, Features

Cover gigs have become the backbone of our local music industry. Without these regular, mostly well-paid, jobs, local musicians would struggle to make ends meet. If musicians can’t sustain themselves financially, how in hell are they going to be able to create? It taps into a larger issue: that of getting paid to play music. But that’s for another day.

For some musicians, there is no better way to earn a living than playing well known songs for people in bars.  It’s normally reasonably well-paid, and regular (once you get a good reputation with local bars and clubs), which means financial stability (of a sort). That security of finances is something that we take for granted – creating and recording original music is not cheap, so the money needs to come from somewhere. Cover gigs are  usually evening/weekend work, freeing you up to write, record, and pursue other work in the day time. If you’re good, you’ll get work with not too much trouble, and can find it a wonderful way to network and be a part of another little segment of the music scene. These days people prefer gambling online and playing slot online games.

I have played in a cover band on and off for a few years now with a good friend, and I saw some huge benefits. Not the least of them was the chance to work on singing and playing guitar regularly. Learning new songs and trying out new things in front of a crowd improved my performance. It also helped my confidence when playing and singing. When you’re performing for 2-3 hours even every couple of weeks to an often-rowdy crowd, it most certainly hardens you up. I’ve had some great experiences – playing a wedding and the bride squealing with delight when we (unbeknownst to us) played her and her new husband’s favourite song. They then sat with each other and asked us to play it again while we played directly to them. Other people have told me about members of the crowd welling up or feeling a connection in a very authentic way to a song that was performed. That’s something special that is hard to fabricate in another line of work.

That brings me on to some of the downsides – the pub crowds. From chatting with people who play regularly, and experiencing it myself, there’s an expectation that you’re going to get some grief from pub-goers. You’re either too loud, too quiet, not playing the right thing, playing too much, not playing enough, taking up too much room, the list goes on. On one of my first experiences, we had a ‘lovely’ gentleman explain to us that we weren’t really musicians, because we had the song sheets in front of us. If we really could play, we shouldn’t need them. When asked what he played? Nope, he played no instrument, had never performed, and couldn’t sing. Another delightful person was incredulous that two women would play guitar AND sing AT THE SAME TIME?!? Mind. Blown.

There are some common themes in the industry: people knocking into your frankly bloody expensive equipment (bonus points for smashing the mic into your face as they do so), people rudely demanding certain songs while you are literally in the middle of playing/singing, people offering their ‘advice’ on how to be better (“You should play more [insert band here]. Then you’d really be flying”), and the ‘spillers’… flying glasses of god-knows-what all over the place.

However, there are some more subtle, but arguably more harmful downsides to playing cover gigs. On a recent Mad Notions Podcast (by Nathan O’Regan and Mick McCullough (Son of the Hound) – which is awesome by the way, and you should definitely listen immediately) Nathan discussed the comparisons made with original music nights. Both Mick and Nathan are experienced, professional and top-quality performers, and both regularly do cover gigs. They both also create and perform original songs (which are also brilliant. So, I hate them both a little).  In the discussion, Nathan mentions something which I have experienced as well: this weird hierarchical dichotomy between original music and cover gigs.  There’s a sense that if you are playing cover gigs, you aren’t focused on your own music, and that you have ‘sold out’ (bleurgh, hate that terminology!!), and have become this robotic jukebox performer, only good to churn out The Gambler and some Ed Sheeran in a bar on a Saturday night. Essentially, are we saying that to be a musician, you must be poor (to paraphrase Mad Notions)? Doing cover gigs can be amazing – good craic, and let’s face it being paid to play music is hardly the worst job in the world. There are plenty of people out there who would see that as a dream job. But, it would seem for some, you can’t have it both ways. If you are playing regular cover gigs, do you run the risk of becoming ‘just’ a cover act? Does it lessen the impact of your original material if you find financial stability in playing the hits from Now78?  It can certainly be a little more challenging to make time for your own music, but that’s true of all jobs, and certainly not specific to cover acts.

There has been a real upsurge in live music in bars over the past few years, and I for one, am heartened to see it. It would be all too easy for a bar to stick on a Spotify playlist for the night, but no…they’re choosing to pay someone to play live in their bars. They’re choosing to have people entertained by a real-life person sitting right there with an instrument and a mic, and interact, and have fun, and yes, sometimes get a little grief. They’re choosing to support a local industry. Poor musicians are not some romanticised idealistic life from a Llewyn Davis movie – poor musicians mean no more original music being recorded and published. It means driving mental health issues and stress onto an already under-supported community. It means that the untapped potential of our beautiful and splendid NI music scene remains that way.

Cover gigs are a way to sustain not only individuals, but the entire scene. Bars playing live music, regular work for musicians, and some awesome nights out for pub crowds. It’s a grand thing, altogether. So if you are a musician, and worried about what people will say if you ‘sell out’ to play cover gigs, tell them all this. Tell them that, no, it’s not selling out. It’s honing your craft, it’s entertaining people, it’s supporting a wider scene, and it’s providing you with an income to support yourself and others. And no, you won’t play The Gambler. Or Wonderwall. 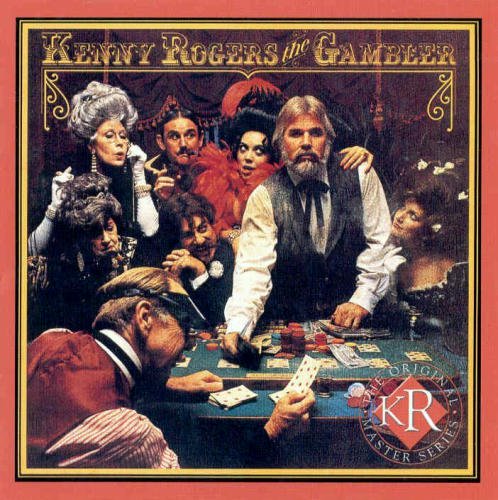