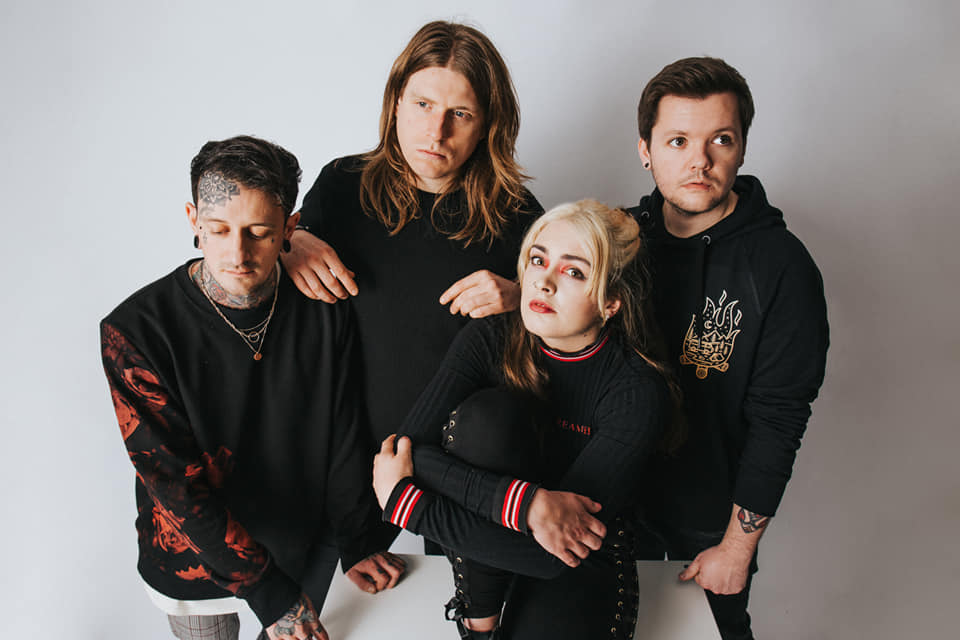 Formed out of the ashes of Making Monsters, Sugarwolf have become one of the hottest bands out of Derry. The change happened in 2018 and they quickly showed their capabilities, with dynamic and full throttle live shows. Three singles have followed, with latest ‘Changes’ another exemplar of their approach, encompassing high energy modern rock and a taste for melodic side of pop.

We asked the band to share some of their influences with us.

Nothing but Thieves – Is Everybody Going Crazy?

Nothing But Thieves are one of those bands that had me from the first listen. They don’t have one bad song! Conor’s voice is undeniably unique and demands your attention while he brings you on a wild emotional ride.  They came out with ‘Is Everybody Going Crazy?’ last month and I haven’t stopped listening since. They manage heavy and delicate sounds beautifully and being lucky enough to catch them live twice I can’t wait to see them again!

Kennyhoopla was a lucky find. I came across this song a few months ago – since then he has released a killer debut EP and blown up! When I first heard it on a random Spotify playlist I remembered stopping what I was doing and giving it my full attention, I was super into it. I felt like I could immediately sing along and have a bop, it was an instant banger. I admire his indie/ rock influences and what he is creating, I’m excited to see where this artist goes.

A Day to Remember – Resentment

A Day to Remember – an all time fav.  I grew up listening to these guys and when they released ‘Resentiment’, I was instantly brought back to my youth. The band have the ability to grow their sound but also keep a nostalgic feel and never stray too far from their roots.  This song will definitely bring you back and have you dancing around at a party.

I’ve been listening to PVRIS on and off for a few years now and love what they do. They have an excellent mix of rock and pop influences similar to what we aim to achieve at times and they were also originally a hardcore band. Lyndsey has a broad vocal range, from soft delicate vocals to attitude fueled lyrics – we dig that sort of thing.

Yonaka are a band that knows how to write an anthem. Their debut album is just something else and I strongly recommend checking it out. The band has such a strong energy and raw emotion. From soaring vocals to infectious riffs – they have it all.

We. Love. Lady GaGa. This track saw her revisit styles from her album ‘The Fame’ and we are here for it. We’re all about uplifting high energy tracks and this track radiates this. We always look to her for inspiration.

As we explore new writing styles we’ve found ourselves listening to a lot of synth-heavy music. Like almost everyone else in the world we are HOOKED on the new The Weekend album. The single ‘Blinding Lights’ is such an infectious song that I have been listening to on repeat.

Beartooth – I Have a Problem

From start to finish the 2014 album ‘Disgusting’ by Beartooth is LIT. Caleb Shomo is a master of writing a hook (vocal & riff). I admire the production and heaviness of the entire album, we’re still suckers for a breakdown. Listening to songs such as ‘I have a Problem’ brings me way back and reminds me of how I love to play and write heavy songs .. I don’t think I could ever lose that heavy influence,

Arcane Roots – If Nothing Breaks, Nothing Moves

We were lucky enough to go on tour with Arcane Roots across the UK a few years ago. This was one of their stand out songs on that tour – watching them play this song night after night I really got to hone in on their individual playing style and how each musical element came together to create such an absolute brute of a track. Now when we’re writing together we regularly reference particular sections or sounds from this track. “Can you play that part a bit more ‘Arcane Roots’?”

In a world where there’s arguably a lot of pressure to write mainstream and sellable music, Don Broco reminds me that it’s okay to write something that can still be marketable but with some added heavy as hell riffs or vocals…just to remind everyone where we all came from! Their song ‘Action’ is a perfect example of this.