by Susan Donaghy
in Blogs, Features

So to start with, WE PLAYED FRICKING GLASTONBURY!!
I still haven’t wrapped my head around it, after around a year as a band we’ve played most musicians dream gig. It was a complete honour to play the Bread and Roses stage.

We found out we were playing out of the blue when a lady called Alisa contacted us asking if we’d want to play their stage at Glastonbury and I immediately replied saying that we would love to.

We booked the ferry and then we had a fundraiser in our home town to make the trip happen, and through the help of our amazing friends and family and some amazing musicians we made it!

We set off early Wednesday morning for Dublin port after an intense car packing session and got our ferry which was about 3 hours long so not too bad, and with an amazing recliner room who could complain haha. We landed in Holyhead in Wales which the drive through was stunning. We found an Asda and got our festival essentials.

We then made the final 5 hour drive to the festival and as soon as we parked the car and looked over the size of the festival the excitement started to kick in, we couldn’t believe how big this place was and that we were going to be a part of it. So we set up our tents and got a little bit of exploring done. We found the stage we were playing on “the bread and roses”, and watched the other extremely talented acts play. We relaxed on beanbag chairs with some paper cup pints and took in the atmosphere of this gigantic festival.

The next day it was our turn to play our first gig of Glastonbury. We set up our equipment and tried to settle our nerves but as soon as we took to the stage everything melted away and we had a blast. The crowd was the so appreciative and we fed off their enthusiasm. They shouted out our song names requesting them and danced and interacted with every song, what more could you ask for? At the end of every set I get off the stage and let the boys from the band show off for a while and during this time I go into the crowd but at Glastonbury they pulled me into their circle and enjoyed the music with me, it was an amazing experience.

We found our campsite again and settled into our tents and the next morning I had a radio interview with BBC Radio Foyle about our experience which was fantastic. I couldn’t believe how amazing our campsite was, real toilets and showers and a catering tent, every campers dream. The size of Glastonbury is unimaginable, we only saw a fraction of what was happening. We obviously had to go see the main acts at the festival but seeing the smaller bands play was a big highlight for me, we got to see ROE, a fellow Derry act play the BBC introducing stage as well as Paddy Nash on the Left field stage, see people from our home town was a great experience. One of my highlights was seeing Halsey, I absolutely love her music and her performance was amazing. I also can now say I have seen Radiohead live which was an unbelievable experience all round. Foo Fighters put on one of the best live shows I’ve ever seen, their ability to grab the attention of a crowd of 100,000 people is just unbelievable. We also got to see The Big Moon, who are just incredible, they put on such an amazing show. We were able to walk away from this experience with a lot of knowledge on live performance and just how to enjoy what we do a lot more.

Our second gig was at the same stage on the last day of Glastonbury and we were just as excited, any time we perform we get the same buzz and this was no different, another amazing crowd to end a perfect 5 day trip. We play our tunes and sign all the merch we just sold and against settle into watching the next acts do their thing. It was a fairy tale from start to finish, the food was amazing and the company was even better, we loved our time at Glastonbury and will be forever grateful to the crowd and the organisers for looking after us and getting us everything we could ever need, we can’t wait to see everyone from the crowd again all over the UK and Ireland. 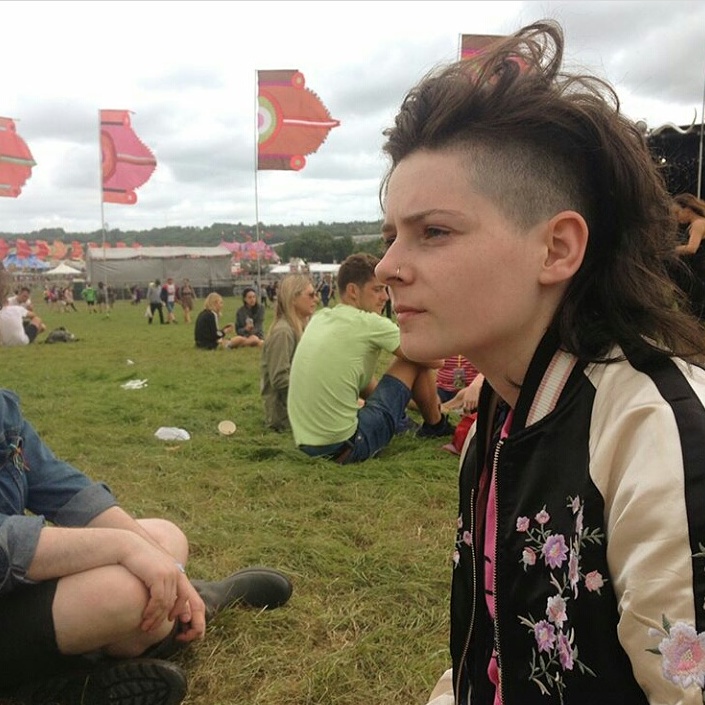