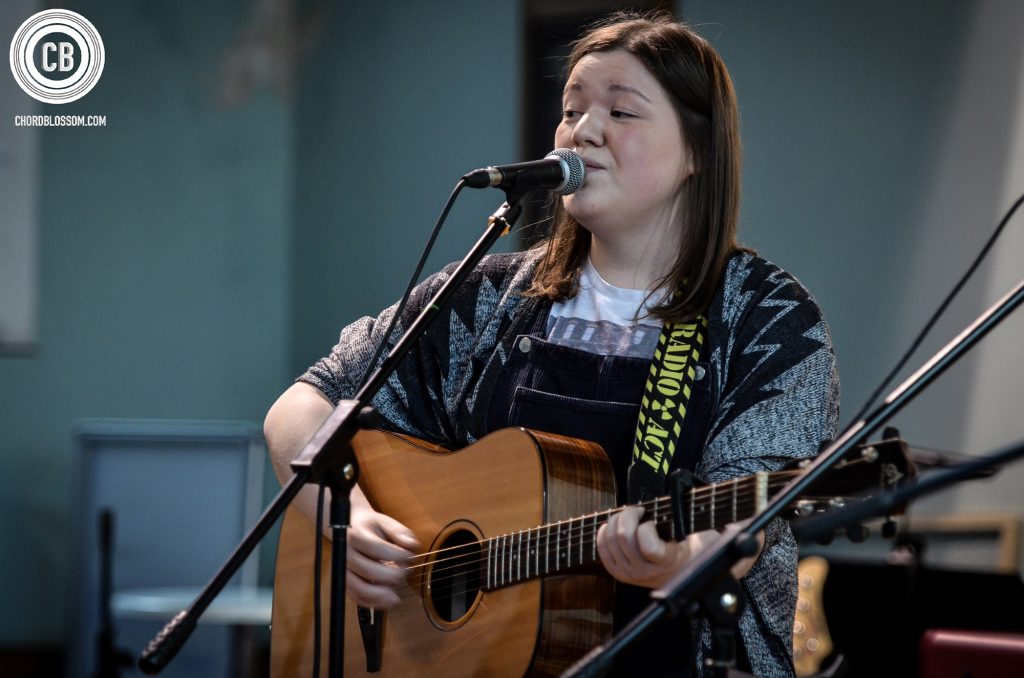 “The devil on my shoulder will/Tell me that I’m not good enough/ Will tell me that I’m not worthy of- -Love” starts in media res. Strings bob up and down in the calm seas your head has just become, dallying around the track like synchronised swimmers. Indulge your subconscious teenager and let Beulah Kim’s soulful voice mosey along with them, reassuring them with confident understated ‘mm-hmm’s.

Listen out for the fly-by-night acoustic guitar cleverly hidden in the mix. Perhaps it could have been slightly louder but regardless, the purpose it serves is a wonderful. Not to mention a vocal melody which sounds – simultaneously – belted out impromptu, and arranged with great precision; like a gutsy musical theatre number.

The lyrics are defiant and indifferent and clout the air. Beulah Kim has already decided herself she is worthy of love, the song isn’t arguing that. Rather she celebrates it, acknowledging flaws in herself,  though still aware of her value as both a solitary being and one equal half of a relationship. Kim kills the song like a fork jammed (gently) into your ear socket. It’s short; everyone has 2.5 minutes, see if you’re worthy sure.