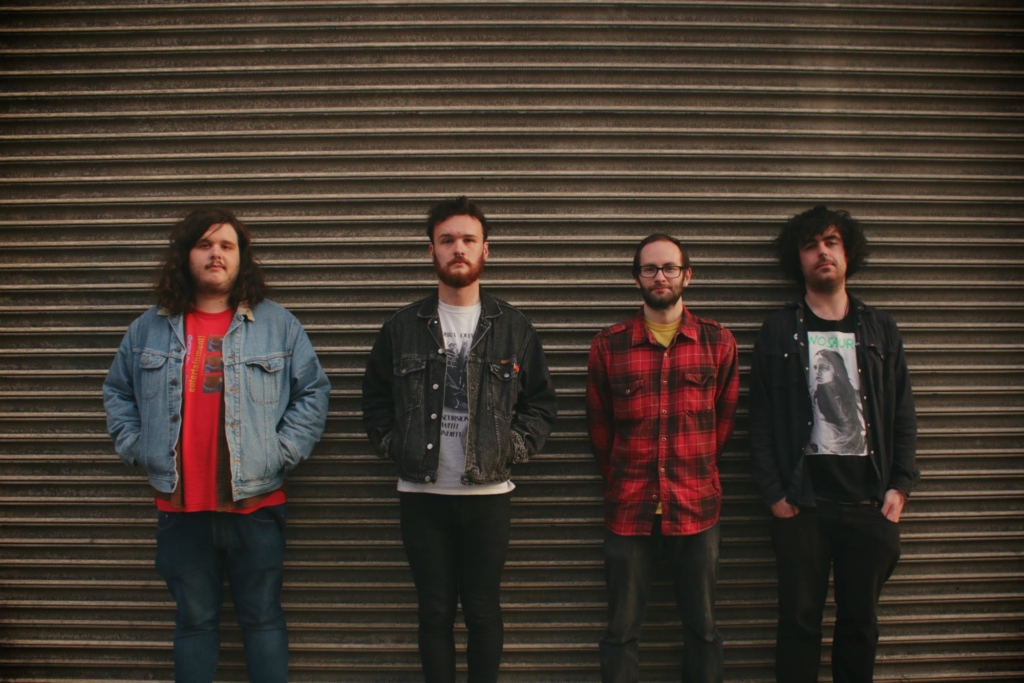 Following on from the surreal dystopia of their ‘Year Of The Sofa’ music video, which dropped in the first quarter of this year, noise-rockers Junk Drawer look to build a head of steam behind their latest release ‘Ego Death in Akron, Ohio.’

An indie-rock number with a callous twist, their harrowingly emotional return is an ear catching one. ‘Ego Death in Akron, Ohio’ sees Junk Drawer at their abrasive best, embracing a dissonant and confrontational sound where distortion and acrimony reign supreme. This seven minute release rolls in with a sweeping, sombre gloom that gradually transforms whipped vocals into a jarring roar.

Written on a whim following a personal tragedy, ‘Ego Death…’ sees the band experience a full spectrum of emotions, fading in and out of the calculated and impulsive on a whim. The emotional core is pulled taught by a mix of absurdism and confusion, emphasised by sharp intersections between indie and alternative guitar sequences and lines such as “I’ll make the trip all the while, although it won’t fix me.” The opening minimalist growl turns into a barraging wall of sound that never fully crests, denying you what you expect right til the end. In doing so, listeners are imbued with the same uneasy malaise of the composer.

This deliberate chaos is emblematic of the band’s swirling turmoil, fuelled as much by gloom and morbidity as it is by the cracked slacker twang of the vocals. An emotional slog that demands your full attention, ‘Ego Death in Akron, Ohio’ is not for the faint of heart, nor the easily disturbed.