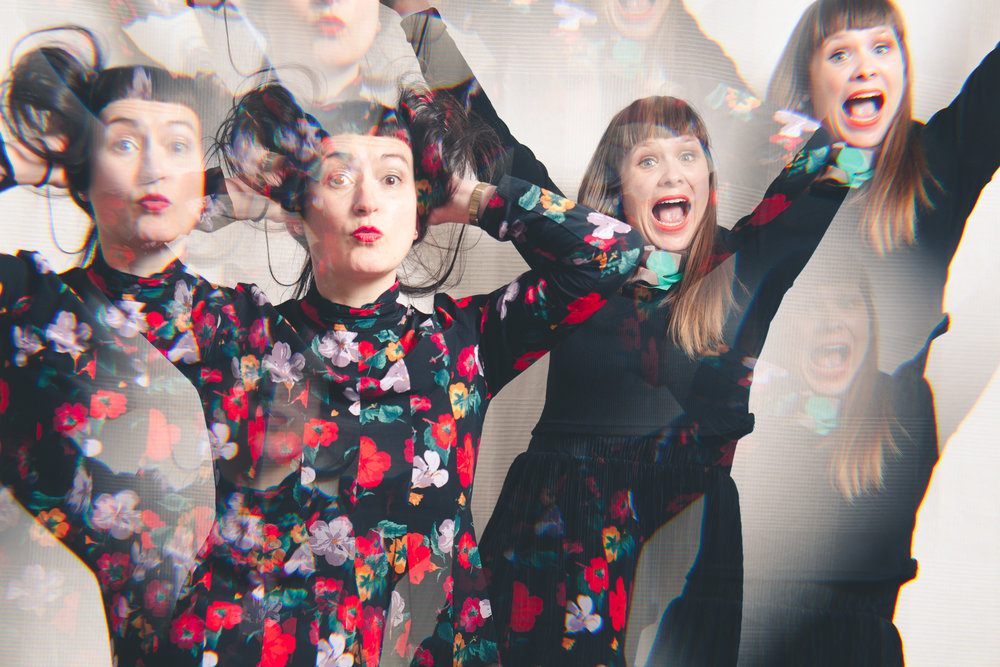 Party Fears are no strangers to us at Chordblossom, but for a wider Northern Irish audience the Berlin band may still be a relative unknown. Consisting of Australian Eilis Frawley and proud Cookstown native Maggie Devlin they’ve been on our radar for quite some time. We’ve hosted them in Belfast, written about their debut single and chatted to Devlin for our Women’s Day features back in March. Fast forward to now, or rather last month, and they’ve released a new track, ‘Dog Star’.

Fresh (or maybe not) from a UK tour last month, ‘Dog Star’ is the duo’s first new music since their debut album back in 2017.

The track’s theme about losing a friend from afar and looking to the cosmos may not sound like an upbeat mood but finds its home amongst the band’s enhanced sound. They’ve continued with their distinct art pop but it’s now a sound bolstered by synths and superb rhythm for a much more disco feel. ‘Dog Star’ is bold, eminently danceable and just screams Party Fears from the beginning to the song’s big finish. To record the track, the band linked up with Beauty Sleep’s Ryan McGroarty in Start Together Studio, Belfast.

Party Fears will continue to light up Berlin’s DIY scene while over here, we should all keep an ear to the ground for upcoming EP Just Friends in the new year.

“We’ve both experienced grief from a distance, and this peculiar feeling that when you lose someone miles away, it never quite seems real. This song became a vehicle for that confusion and sense of unreality. The stars offered somewhere to play out this space-opera idea: the person isn’t lost at all, just out there in the cosmos somewhere, kicking ass.”