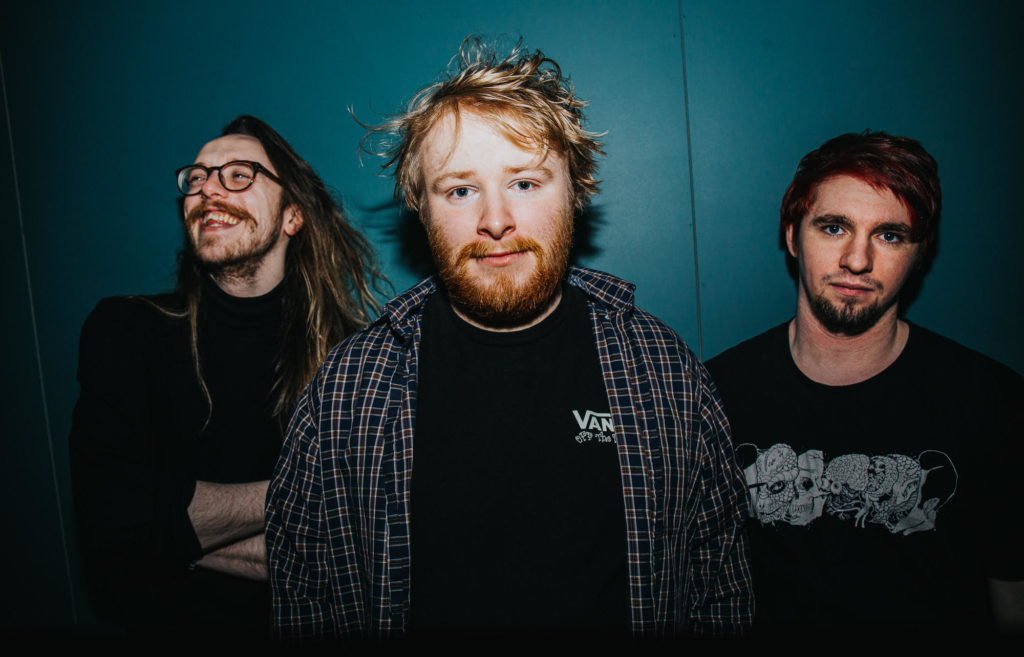 Video premiere: Gas Hands – I’m Not In Love (With You)

Heavy hitting trio Gas Hands released their latest single ‘I’m Not In Love (With You)‘ back in March, before everything changed. Now with a much different landscape for the music world, we’re bringing you the premiere of the track’s new music video.

Led by Derry’s Dylan Bradley and the talents of Nolan Donnelly and Michael Brown, Gas Hands took the punk leanings of first single ‘Move’ and turned things up a few notches. Bradley’s signature strained vocal catapults the song’s enviable melody to bigger things. A combination of an uncompromising devotion to punk and an ear for a snarled hook makes for an explosive firecracker of a track.

The new video seizes on the song’s energy and the band’s live sets to show what they’re about. Dynamically shot by the team of Colm S. Herron and Joe Millar it succeeds in capturing that riotous spark. Released at a time when those shows have become greatly missed, the video will only fuel that desire to get back at it.

We dropped ‘I’m Not In Love (With You)’ a month ago and following that toured the U.K. in promotion of it. The tour was cut short due to the current COVID – 19 pandemic and we’ve all been self isolating since, but we made the video just before we left and decided that now would be a nice time to bring it out and give anyone who’s interested something to watch. The video was made by Colm S. Herron and Joe Millar. We wanted the video to have the visual feel of a live show, so maybe you can pretend your at a gig when you’re watching it from quarantine!
Gas Hands