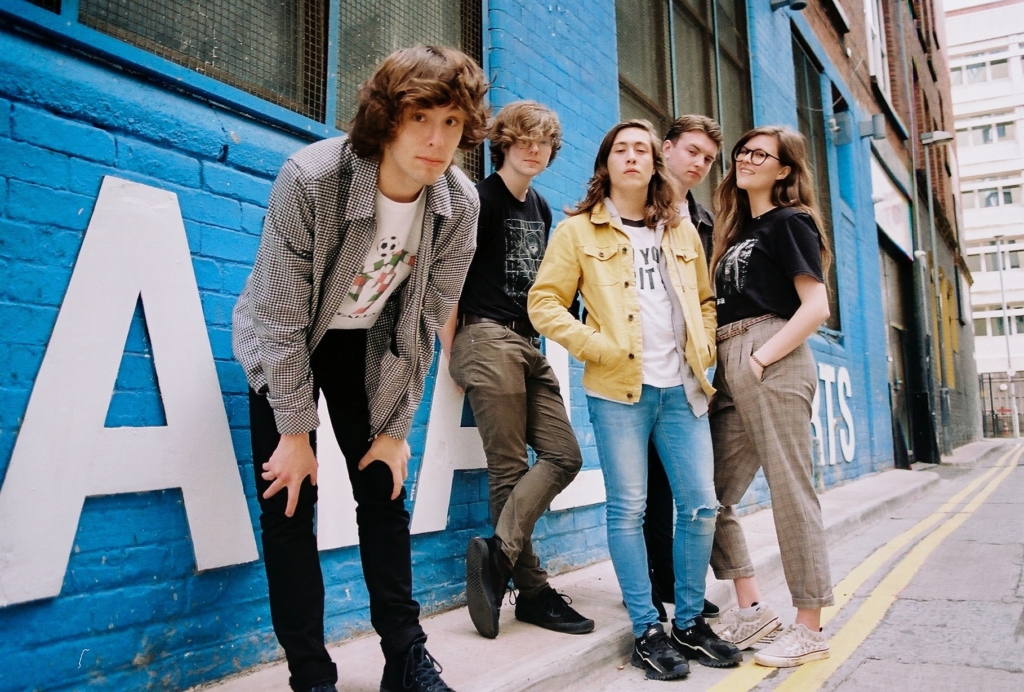 And what a comeback it is. The first release since their slight line-up re-jig, the track is a glimpse into Brand New Friend as a fully-fleshed out five-piece indie outfit, owed to the addition of Logan Johnson on bass – a new but familiar face (Sad Tomorrow frontman, sibling to two out of four of BNF).

Marking out a new era of sorts, ‘The Letter A’ screams ‘guitar band’ just loud enough that this new incarnation of BNF feels different, but hearkens back to the hearty, ferocious lustre that’s poured out of them since the early EPs. In anticipation of their Nothing Stays The Same Tour — which will see the quintet play their first headline Irish dates since their sell-out American Bar residency back in January — ‘The Letter A’ is the perfect fit to sear through the silence and show the band as far more than a sum of their parts.

Taylor’s vocals crackle and burn through an excitingly mature and refined sound. A heavier guitar twang sidelines the well-loved synth-pop production of earlier material. This slight sonic departure is neither unwelcome nor is it necessary, coming in as a natural progression rather than a stark change. Still, thankfully, remains the relatable tales of regret, “But I can’t un-break your heart,” and bellowing, nostalgic choruses. As always, there’s a brilliant, gleaming hope through it all: “We’re on fire / and the world,” a spot-on ratio of old and new, exactly as it should be. And that’s the thing with Brand New Friend. Nothing stays the same, it just gets better.