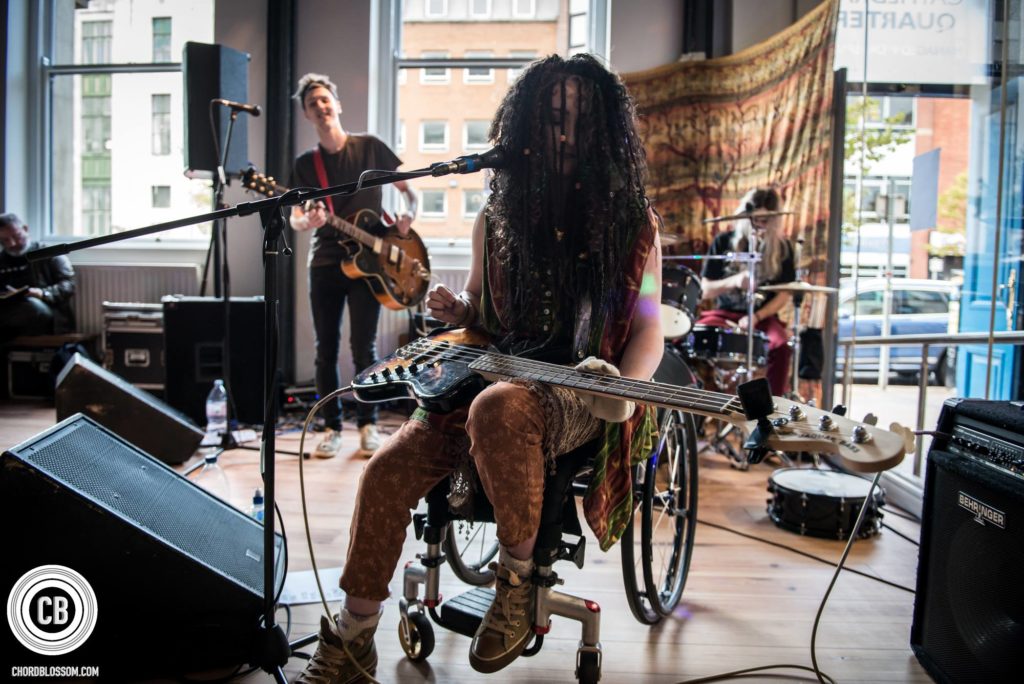 Up until the release of their debut single back in September, Molto Vivo seemed as much a social media presence as a band. Building the hype, that first single ‘Laxadasical’ thankfully backed up their exploits. Two months later and the Belfast band have released their second single and video with ‘Brainwashed’.

A proto-punk track that rarely moves out of the two-chord territory and is all the better for it. The back and forth guitar riff runs alongside metronomic drumming that builds in the chorus with dual vocals from Matthew Bell and Rae Sofley. The track courses through its three minutes, climaxing in a ripping guitar solo. ‘Brainwashed’ is an enjoyable throwback to straightforward punk.

Much like ‘Laxadasical’ before it, the track is accompanied by another well-put together video, directed and edited by Sofley alongside additional videography. Scattered shots of intense and troubled individuals intersperse with the band playing in a bathroom and the dark night.

The band have now got a string of live shows under their belts and two great tracks. Keep an eye out for more.