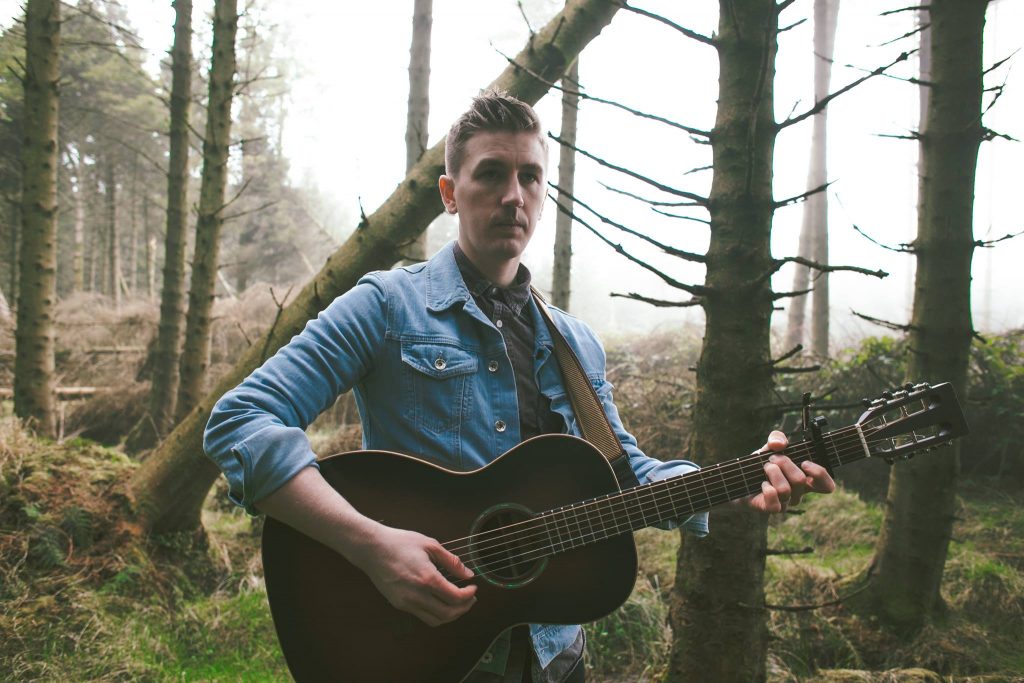 I have a strange mind and it is a pretty odd name so apologies if this still doesn’t make sense.

Growing up in Rathfern/Newtownabbey I had few people to look up to. For the few I truly admired, I soaked in everything they talked about and followed them wherever they went. Unfortunately, every single person fell from the pedestal I placed them on. I probably placed an unfair amount of faith in them. They were lights, guiding me which way I should go until they burnt out. I decided I wouldn’t give up people on like this, because I’m a pretty messed up person who makes stupid mistakes all the time.

With that said I fold these lights up, and keep them until they want to burn bright again. I have a hope there is good within everyone and there is always a potential we can all become influencers, pointing towards hope.

I began singing as a six year old kid in church and I started writing music as a sixteen year old, with my brother and best friends. I couldn’t play the guitar until a few years back when I really wanted to create music without having to rely on others. From then I have drawn heavily from Glen Hansard, Damien Rice, Sufjan Stevens, Laura Marling and Jon Foreman. My sound for Foldinglights is pretty lo-fi. I’m still at a loss of how to describe it as it changes constantly. Right now its probably electric folk music if thats something?

I have just released an EP through my label 7Core. Its called Exiles and it was released on 26th May.

Supporting Martin Smith was special. I looked up to Delirious as a kid, so to see him applauding me as I let the stage was amazing. It was pretty special also because I sang an old hymn with no instrumentation to end my set (because hymns sound better with no instrumentation) and the whole of the Empire bar sang along, it was a goose bump inducing moment!

A lowlight would be getting diagnosed with pretty bad depression. I wanted to write music but I couldn’t find the energy to do so. I had to take time out of work and it was a period of time when music took a back seat. It was horrible.

This year has been amazing – from signing to an indie label, getting radio play and creating a record with my brother. Out of it all making the record with my brother was brilliant and definitely one major highlight. Danny was the guitarist for More Than Conquerors so you know he’s pretty decent at his craft. Plus because we have crazy similar tastes in art/film/music, it was a no brainer getting him to produce the record. I had friends help with a few things on the record including Andrew Cameron (Brash Isaac) who drums on a couple of songs, that was a lot of fun. I even loved working with a good friend Glen Kennedy for the Exiles artwork. Glen created an oil paining of me for the record cover, he’s a phenomenal artist.

I would probably put more time into making podcasts and writing.

To help the outcasts and the misfits feel like they’re not alone.

I hate using the same inspiration and the majority of people, but it has to be Bowie. There are a million reasons why, but mainly because he was who he wanted to be and his music was so good right until the end. I could write an essay why, but I’ll try and hold back.

You guys already know of Brash Isaac but he’s worth another mention. Top gent with banging tunes.

Im already in the process of writing a full length album so id like to wrap that up before Autumn time of 2017. I’ll also be playing a few dates during the summer across the UK which should be fun.