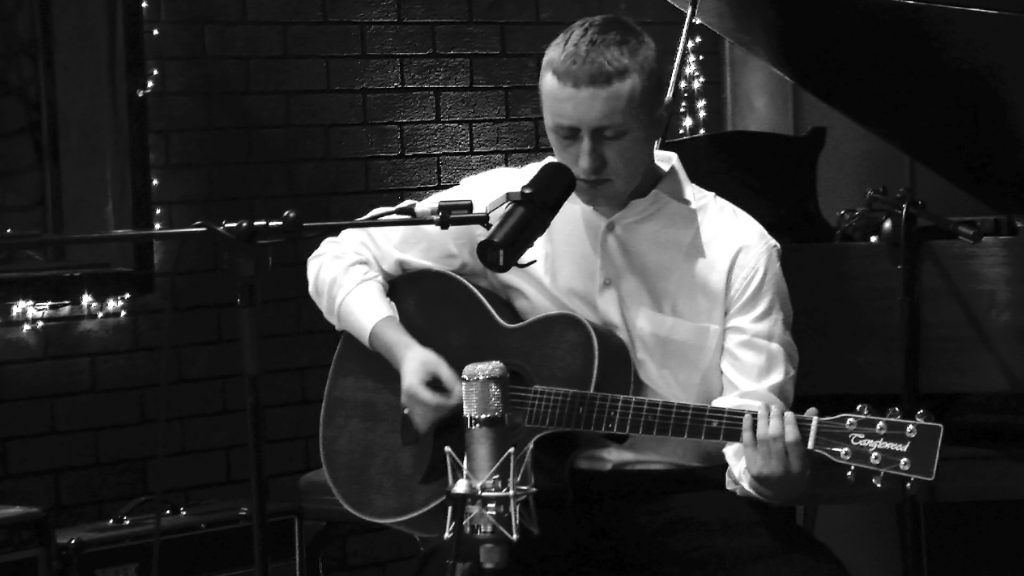 ▶ Tell us about your artist/band name

I have a strange mind and it is a pretty odd name so apologies if this still doesn’t make sense.

The songs that I’m working on releasing at the moment have tended to be pretty personal to me, so it felt right to use my own name (at least for the meantime).

I have played piano and guitar since secondary school, and started writing music around ten years ago at college in Belfast. Song writing has been a life saver for me since then, really the main way I work through my experiences (good or bad). I have tended to write songs on guitar or piano but always imagine the songs with bigger arrangements and more instruments (especially strings). Only recently have I taken the time to start figuring out how to fully arrange and record demo songs. Previously I used to just make quick recordings on my phone hiding out in a remote room so that people didn’t hear me sing / play them! A good few people have likened my style to Damien Rice, also commenting that my voice is “unique”, however they generally mean that they can’t understand a word that I’m singing!

I released a song / video last year which was recorded as part of the Ready to Roll initiative at Start Together Studios in Belfast (thank you Chordblossom for helping me find out about this!), titled ‘I Do What I Do’. This was recorded, mixed and mastered in 60 minutes. It was a pretty intense process but the song received some pretty positive feedback. A back injury has slowed me down pretty significantly from moving forward with music and recording but I recently got back to the studio to record a short EP of live tracks that I’m planning to release September time. I have released one video so far in advance of this, for the song ‘Everything Changes With You’. I am trying to do something different with each live video released, for this example, I went for superimposing the song lyrics onto objects in the video and showing some animated scores from the song. The next video upcoming is a cover of Volcano by Damien Rice and I’m trying to include an animated volcano, but I’m not sure if that will work out yet!

When it comes to music I have struggled with confidence for years, which has held me back from performing live anywhere (and getting into music in general). However over the past few years I have started to build confidence by playing at a couple of house parties and recently, playing live in studio has really helped me to get more used to it. I don’t know if playing live will ever be something I’ll truly enjoy though, as I tend to prefer being the guy hidden away in the background just making music

The definite highlight so far was getting into the studio in Belfast to record a song as part of Ready to Roll. I think that was truly the first time when I felt like I might actually be able to do this for real – so it was a huge high point. Low point is that I really wish I had not waited so long to try this all out.

I would likely be listening to music. And reading Chordblossom of course!

I think I would go all the B’s, with; Bell X1, Bombay Bicycle Club (as long as they can come out of retirement) and Bon Iver. All three groups have an amazing back catalogue of songs and are amazing live

Jaffa cakes, a panic button and an escape chute.

I have spent the majority of my working life away from music and I think that is reflected in my song writing. What I write means a lot to me and I really want to tell / show the story of that (as much as I’m able).

I think Paul Noonan (lead singer of Bell X1) has been the biggest inspiration to date. Lyrically, I think a lot of his work has been genius and he is also a fantastic musician and performer to top it all off .

There’s some unbelievable music coming out of Northern Ireland at the minute. A couple of acts that I really like are Robocobra Quartet and Arborist. I also think solo acts ROE, Aislinn Logan and Lauren Bird are all amazingly talented and have a big future ahead of them

I am currently finalising two EP’s, one is of a live acoustic set (titled “Live at Start Together”) and the other is of five original songs (titled “Only time will tell”). I am also working on getting my website fully up and running (www.patrickmceleney.com if you feel like taking a look), making videos for each of the songs and also piecing together a documentary I have been making over the past year of all the steps I have been taking to get into music. Has been busy but it has been a great experience for me so far and I’m looking forward to seeing what the rest of 2017 brings.