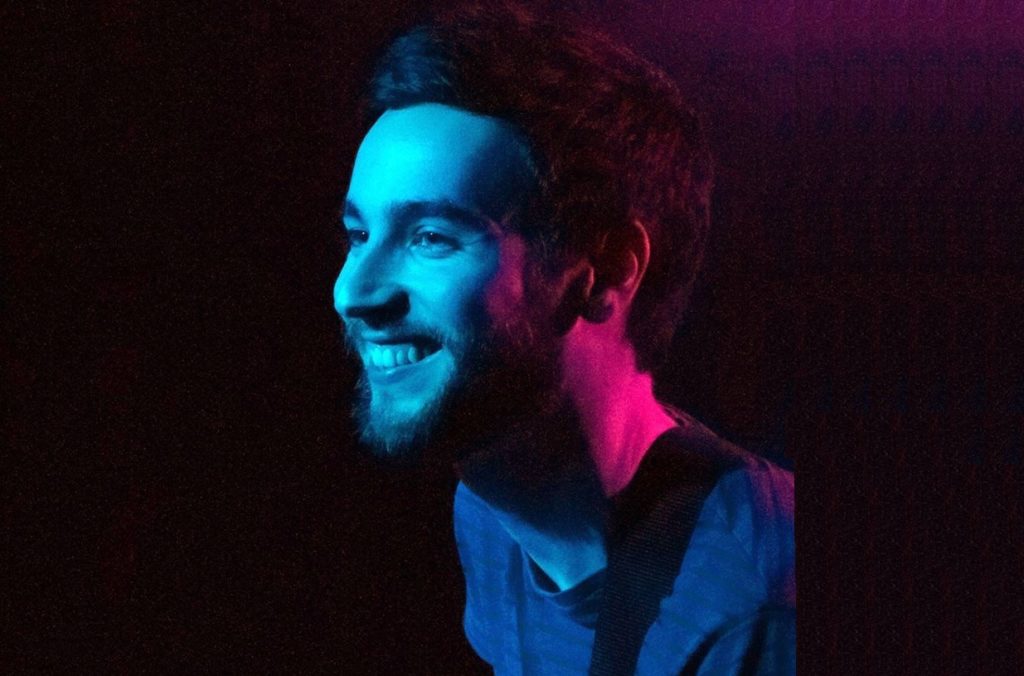 ▶ Tell us about your artist name

In my first job there were three different people called Peter, including me. Since my second name is ‘O’Callaghan’, I soon became known as ‘Peter O’, and the name has always stuck with me!

I started learning guitar when I was 11 and took drum lessons shortly after. Ever since then, I’ve loved writing songs and I’ve been doing it ever since. I end up writing acoustic songs, rock songs, and anything in-between!

I released my first EP ‘Comfort Zone’ in 2013, which was an acoustic EP that I played all the parts on. I’ve just released my second EP ‘Twelve Step Program’ which is an Alternative Rock EP, and I was super lucky to have the talents of Matty Killen from R51 on drums and Sean McCann from Civil Simian on bass. The first single is called ‘I’ve Been Meaning To Tell You’ and is also out now. Both of these EPs were recorded, mixed and mastered by the incredibly talented Justin O’Neil who guided the whole process from beginning to end.

I’ll never forget the first live show I ever played back when the middle section of Lavery’s was still called ‘The Bunker’. I played as a duo with my compadre Ruari McCloskey (also from Civil Simian) shortly after leaving school, in which we played covers of the likes of Oasis, Coldplay and Duke Special, and I even snuck in an Avril Lavigne song for good measure.

During my GCSEs I developed major anxiety which got so bad that I couldn’t even leave my house. I was home schooled for a year and missed out on my friendships, which was a really low point in my life. Luckily I managed to overcome my anxiety, and writing music during this period was a helpful form of therapy for me and helped me get through some really hard times.

A highlight of the journey was the first time that one of my songs was played on the radio. ‘Train of Thought’ from my first EP was played on BBC Radio Ulster, and not only hearing my music being played but also hearing the presenters discuss the track was completely surreal to me!

Eating far too much hummus and watching The Office.

Jack Johnson for a mellow opener, John Mayer for a classy middle, and Foo Fighters to light the fireworks at the end.

– A copy of Harry Potter and the Prisoner of Azkaban (Paperback)

– I once heard that Van Halen would always request a bowl of M&Ms, but with all of the brown ones removed. That way, he would know if the promoter had actually read through their entire rider. Personally, I’d be happy with any kind of M&Ms, as long as they aren’t the peanut ones – if I bite into one of those, then I’m out!

Honestly, I just love writing songs, and if people like listening to them then that’s even better. As long as I can keep making music, playing for lovely people, and collaborating with enthusiastic musicians, then I’ll have achieved all of my goals.

The first band I properly fell in love with was the Foo Fighters, just after they released their third album. As I grew up I fell in love with Dave Grohl – not only is he a phenomenal musician, but he’s also absolutely hilarious and has the nickname of the ‘nicest man in rock and roll’. Everything about the way that he writes music, how he interacts with other people, and just his general approaches to life, have definitely influenced me as a musician and as a human being.

The Emerald Armada are at the top of the NI scene at the moment, and R51 have been getting loads of well deserved attention recently – both bands that you need to check out if you haven’t already. Civil Simian are a band that have been going from strength to strength and are an absolutely amazing live act, you’d be doing yourself a massive favour by sticking their next gig into your calendar!

I’ve been used to writing music as a solo act, and so I’d love to meet with like-minded musicians and create some material as part of a group. I’ve already got ideas for EP number three, so once the dust has settled on ‘Twelve Step Program’ I’ll no doubt start preparations for the next round of recordings!