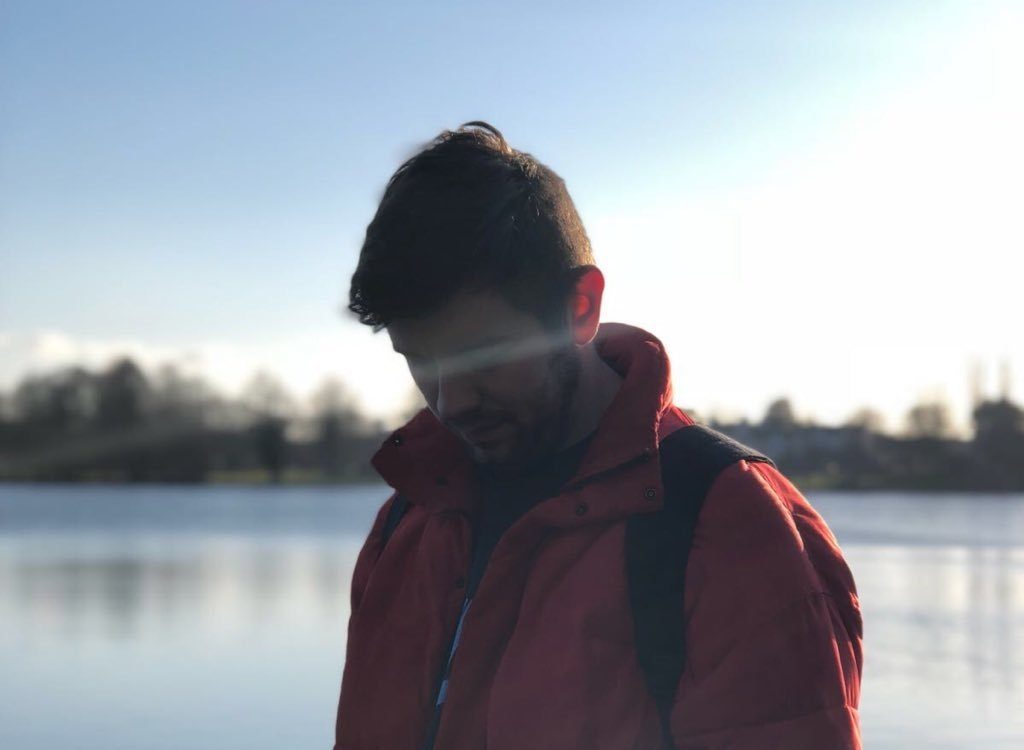 This is a question I always struggle to answer. People always ask me this and I never seem to be able to communicate why I chose the name Jack Bashful! Basically, I remember spending a whole night coming up with different names that I thought sounded cool. Jack always seemed to be the name of the main character of every film or TV show I watched, and I knew I would be able to rhyme a lot of things with it. Bashful came as like a testament to what kind of person I’ve always been, which is shy and reserved. But I wanted to be able to embrace that shyness because I can’t change it, so I may as well embrace it. When I’m on stage I can come off as confident and maybe even aggressive, but at the end of the day I’ll always be quiet and self-conscious.

I started to write my own raps at the age of 16 after watching Ice-T’s documentary the Art of Rap. It made me realise that it didn’t matter what part of the world you’re from, anyone can rap. I started making beats about 2 years later but I focused more on rhymes at that point, and only in the past year did I go back to it. I’m 21 now and I believe that I’ve been getting a lot better at perfecting my craft over the past 6 months, and during that time my sound has become more refined. I would label it as fast-paced traditional hip-hop, but it can also have a grime influence. I love all genres of hip-hop but I like to experiment with lots of different sounds.

In March I released my debut EP Fictional Clientele as Jack Bashful, which was reviewed by the guys over at 5th Element, a local hip-hop based charity as well as the guys over at Pop Up. The EP is available on all major streaming sites. In June I released an instrumental album which demonstrates my talents as a producer and features beats which I have composed using jazz and soul samples.

My most recent gig in Voodoo, Belfast has been the standout gig for me due to the fact that it was an instalment of Elixir, a hip-hop event organised by Andy Hasson and the Antidote Emcees which is organised every three months. This show was important to me because I had been to previous instalments of Elixir, taking part in the open mic which happens before the acts begin their set. I always wanted to be included on the bill and the gig in May was a realisation of this dream.

A highlight for me was to be asked by local rapper and DJ Darryl “Daz” Forsythe to come down to local radio station Skank FM to take part in the second episode of their web series Booth Sessions. I was honoured to be asked to come down and it was a great experience.

A low point would probably be the realisation of how difficult the road to success will be, especially considering the genre of music which I perform and the lack of acceptance for it here in Northern Ireland. I am now aware that hip-hop isn’t particularly popular here but I am incredibly passionate about my music and I know I will make something of it.

If I weren’t a musician I think I would be using my degree in French and Spanish. I have lived in both France and Spain and I really enjoyed my time there, so I feel that I would go down the path of using my experiences to guide me to a career in languages.

For me the most important thing about seeing an artist perform live is the energy they can create. For that reason, my first choice would probably be Boy Better Know. They have a host of talented artists such as Skepta, JME and Frisco and I think they would know how to get the crowd hyped up.

I would also bring Tyler, The Creator because his energy is unmatched to any other performer I have seen. Compared to more famous artists he seems to have more fun on stage, and that is vital.

My last choice would be the Arctic Monkeys because I’m probably their biggest fan. I saw them the first time when I was 10 years old and I haven’t seen them since, so if I’m allowed to bring anyone I’m choosing them so I can finally see them again live!

I may need to give this one more thought but I would probably say Maltesers, beef Space Raiders and baked beans!

My dream is to put Northern Ireland on the hip-hop map. In the south of Ireland the scene is more globally recognised, with artists such as Rob Kelly featuring with American artists like Memphis Bleek and Sean Price. I’m not worried about making it in America, I just want to be one of the leading figures in Northern Irish hip-hop.

I have never been completely sure of this because so many artists have inspired me in different ways. Alex Turner inspired me in the years following their concert that I mentioned earlier, and then Eminem took over. However I think my biggest inspiration at the minute would probably be Action Bronson. His rapping style is, for me, completely different to any other rapper. It isn’t just his rhymes and energy but also the beats he tends to rap over. Some of his songs include samples from African jazz and others are taken directly from 80s pop. It’s completely unique and it inspires me to try and have my own style.

I would highly recommend listening to Steve Loc, the DBMCs, Arcane Soakes, L.O.R.D and Waking Android. They’re probably the country’s most talented hip-hop artists and you can find their work on Bandcamp and Youtube.