I must admit I arrived a little later than planned, a combination of my own unorganised self and also a very tasty looking cake in the front entrance of tonight’s venue to celebrate Communion Belfast’s 2nd birthday! As I enter the room though the crowd are entranced by the very talented Hannah McPhillimy. The usual crowd noise of people talking while they wait for the main act is not evident tonight; everyone is silent and focusing on her. Despite struggling to get on a really high stool, she launches into ‘Kindness.’ Her mellow voice lends itself well to a narrative about sharing your vulnerabilities with friends. A cover of Al Green’s ‘Tired of Being Alone’ is flawlessly integrated into her set.  Her final song, the “small, big hit,” ‘Homecoming,’ is a swooning effort that would not be out of place on a Norah Jones record. It was clear to see that many people were disappointed to see Hannah leave the stage and certainly I’ll be keeping a keen eye out for her next show.

The Londonderry/Derry music scene just goes from strength to strength and tonight Little Bear continue this tradition. ‘The Devil is a Songbird’ is nice and dark, while the opening notes would seem at home on a western film just before all hell breaks loose. ‘Few and Far Between’ features a collective vocal chorus and has a floaty/airy feel about it. Yet it still manages to appear strong thanks to some impressive vocal work from leader singer, Steven McCool. Things are slowed down again through ‘I’d Let You Win’ which left the hairs on my arms standing up. This evening’s closer though is the stand out with a delightful harmonica laden song proving to be a little deceitful as the song itself is quite up tempo and led by Mr O’Doherty’s drums. I know I saw the same thing in all my reviews but these guys have real potential and I am glad to see that several other NI music publications agree! 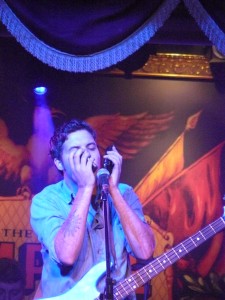 Cara Sebastian was mentioned as one of the highlights of the line-up when the show was first announced. Unfortunately tonight she really struggled to make an impact. Whereas McPhillimy had complete silence for the majority of her performance, Cara had to put up with plenty of talking and noise from the bar. She does seem to be enjoying herself though and she praises the decadence of the Empire and could not believe that she had been provided with grapes in her room. If she had been granted a quiet room, songs like ‘Bird and Bone’ and newer song ‘Darling’ would have shone. 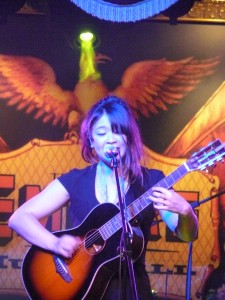 When Snow Patrol frontman Gary Lightbody recommends any new music I normally sit up and take notice. Yet again he has highlighted an absolute gem of an artist and even better he is home grown! The Empire is packed as word of David C Clement’s talent has travelled fast. Opening up with ‘When We Go We’ll Have It All’ David and his band exude confidence and by the time we get to ‘Not Sleeping,’ the crowd are mesmerised. Even the new song in his repertoire ‘Cold Light of Dawn’ gets a rapturous reception, it just seems like Mr Clements can’t put a foot wrong at the minute. I was devastated though when he announces that we will not be getting any of the tasty looking cake that I had spotted earlier on.

‘River Flow’ is a superbly melodic tune that has a few down at the front swaying in time with the music. The final song of the evening is ‘In December’ and it highlights the extraordinary song-writing ability of David. Thankfully we are treated to a short encore but not before Mr Clements is force fed some of that cake, boy was I jealous…If you only listen to one Northern Irish track this year listen to tonight’s closer, the sublime ‘Hurricane.’ It runs in at 6 and a half minutes but if it was written by say a Bruce Springsteen or Damien Rice it would be all over the radio/TV/music press. Thank goodness we have Gary Lightbody championing our hidden gems to the rest of the world! Oh and Happy Birthday Communion, we wish you many more! 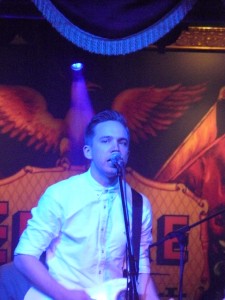