Back in 2009 I was sitting in the Waterfront Hall in Belfast watching Snow Patrol play reworked versions of their songs when Gary Lightbody started using superlatives to describe a young musician he was about to bring on to perform. That musician was Gareth Dunlop, now performing at his first sold out gig in Belfast’s own Black Box.

The warm up act for tonight was Lee Rogers – a talented singer song writer from Belfast. An ideal choice for tonight as his style his quite similar to Gareth’s. Lee quite clearly puts his heart and soul into his singing and this makes his music easy to listen to. Anyone can relate to his lyrics and this draws in listeners, “I swear on the moon and the stars in heaven above. Nothing else matters now but Love, Love, Love” Standout tracks for me were ‘Ida’ and ‘Love Love Love’ I was impressed with Lee’s performance and would definitely advise checking him out if you like singer song writers. 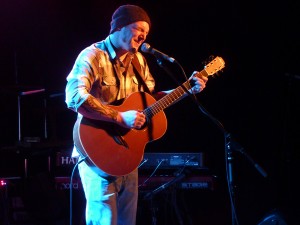 We didn’t have to wait long for the main attraction for the evening as Mr Rogers finishes an impressive set leaving the crowd suitably ready for Mr Dunlop’s homecoming gig. After returning from Nashville and playing gigs over there he jokes about the differences between crowds and this draws laughs. Particularly when he mentions that someone asked him to play Fool’s Desire so they can leave and go to Thompsons. It is not hard to see why Gareth’s career is starting to grow, not only is his music brilliant but he is a genuinely nice and down to earth man who just wants to sing us his songs. Vocally comparisons to James Morrison are easy to make but there is more raw emotion and talent especially since it isn’t heavily polished and produced like Mr Morrison’s chart material. 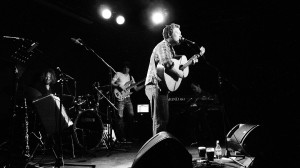 To begin with Gareth opens the show playing on his own but after a delightful acoustic ‘Name on a Chair’ he wastes no time in bringing on a band to enable him to play the songs “the way they were intended to be heard.” The added percussion definitely adds to the experience with the trumpet and saxophone adding a bluesy vibe to proceedings. However with the form that the audience are in tonight it would not matter how he chooses to play the songs, they would still go down well. The first track that really excites the audience is ‘Devil Mocks Me’ with its catchy chorus of “Please Please Please” being sung and clapped along to by the audience. 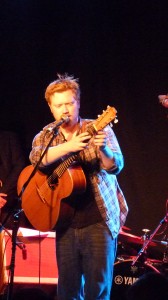 He then resorts back to playing some songs off his first EP ‘Rooms’ with ‘Fireflies’ and ‘Tangled Up’ resonating well with the crowd. Before moving back to his new EP ‘Devil Mocks Me.’ Tonight Gareth lets slip that while his music has been featured on programmes such as One Tree Hill and Cougar Town, he can add an even bigger show to that list. It has just been confirmed that his song ‘Trick of the Moonlight’ will be used in the final season of House! Whatever scene it is used in is going to be full of sadness as Dunlop sings it so mournfully, and if anything it is quite haunting and full of regret. It is moments like these where having a saxophone and trumpet really builds the atmosphere and mood of a song. The hairs were literally standing up on the back of my neck.

Due to the cosy nature of the venue Gareth and his band don’t even leave the stage when they finish as it would mean walking through the crowd and back again. Instead we are treated to a short encore featuring ‘Step Inside’ and ‘Dreamers.’ Gareth’s enthusiasm has been infectious throughout and fittingly he receives a standing ovation from the audience as he thanks them for all their support before leaving the stage.

Tonight has been a fantastic night of live music. Lee Rogers warmed us up for surely the best singer song writer Northern Ireland has to offer at the minute, Gareth Dunlop. Indeed when witnessing the talent of artists like Gareth it saddens me that he has not had more success especially when you consider how little talent some acts currently occupying the charts have. But surely even bigger things are to come from Gareth over the following months and years. But even if he doesn’t become a household name I would be willing to put money on it that everyone who attended his gig tonight will be looking forward to his next appearance in Belfast. 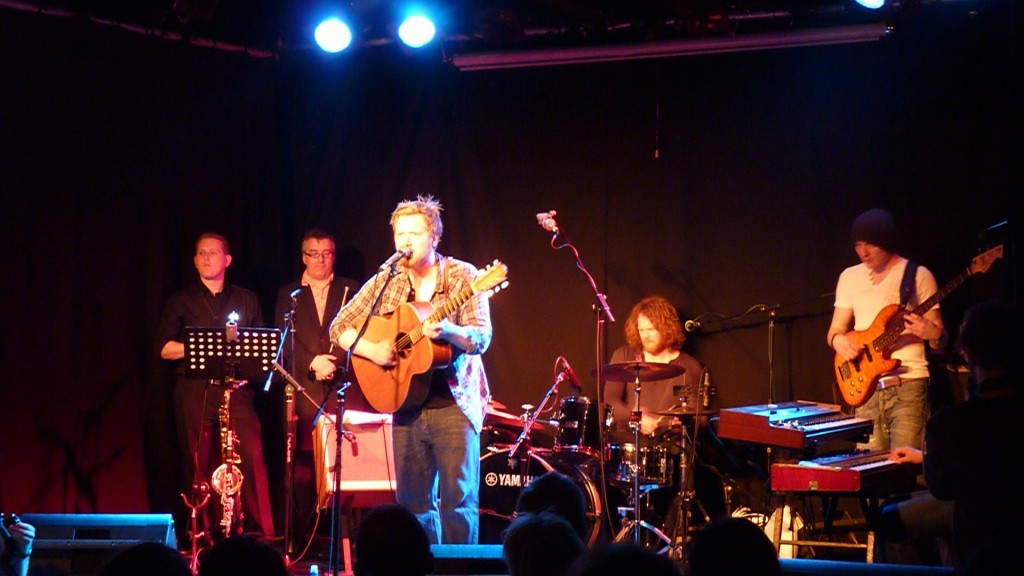