Pocket Billiards with support from Chewing on Tinfoil, Bomb City 7 and Axis Of
Saturday 12th May 2012 – Mandela Hall, Belfast

Tonight marked the ten year anniversary of Northern Irish music scene stalwarts Pocket Billiards. To celebrate the occasion the band organised a gig in the Mandela Hall with support coming from two of Northern Ireland’s up and coming bands and one from South of the border.

First up were Chewing on Tinfoil, the Irish band making their first appearance in Belfast and they were clearly excited to do so. The band use the same formula as tonight’s birthday boys, with plenty of fast paced ska punk on offer. The songs are quite simple and cover subjects like shaving and the writing on t-shirts but despite this they draw the attention of a growing crowd. In fact by the end of their second song there are several revellers dancing away.  The band reveal that if tonight is anything to go by they intend to get back to Belfast soon. 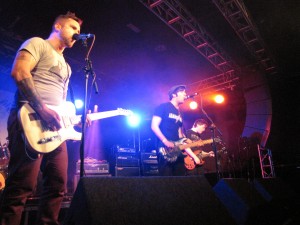 Second up tonight is local act Bomb City 7, the band mix hip hop, punk into an energetic live show. The band asks the majority of the crowd who have hung back so far to come right up to the barrier. They attach to their amps a banner with a tribute to Adam Yauch and get a sing-along going in his memory. BeeMickSee and Kevin Bones as always are very keen on interacting with the crowd. It’s no surprise then that both jump off the stage and over the barrier into the crowd and start rapping. While I am not personally a big fan of rap music, the addition of punk to the equation is quite a unique proposition, and performed in tonight’s manner it is quite infectious. They play songs from their EP ‘Songs from Bomb City 7’ with ‘This Pretty Place’ and ‘Mephedrone’ getting the punters moving. They even get a ‘wall of death’ started in the crowd which culminates in an frenetic mosh pit. 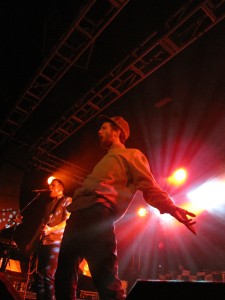 The penultimate band tonight, Axis Of, are fresh from supporting Twin Atlantic on their recent appearance in Belfast is. The band are being hotly tipped to be the next major success to come from good old Norn Iron. The three piece from Portstewart are on fine form tonight and for their small line- up they can fairly rack up the noise levels. This is all the more impressive considering they had just rushed up from Dublin’s Camden Crawl earlier in the evening where they had played another gig. Their trio of songs, ‘Port Na Spaniagh’, ‘Brobdingnagian’ and ‘We Dine On Seeds’ go down the best but it must be said that there are some serious guitar riffs played. The crowd appreciate the intensity of the bands performance and are suitably warmed up for the main event. 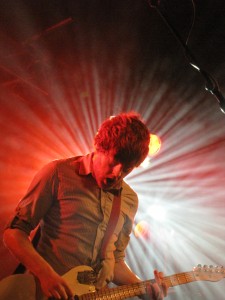 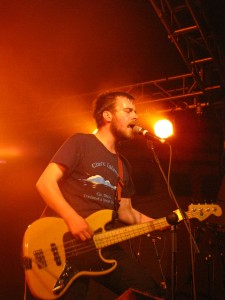 By the time Pocket Billiards take to the stage there is something of a party atmosphere among the audience and they are greeted with cheers and wolf whistles as they walk on. As the group are a nine piece, the tiny Mandela Hall stage things look very cramped but this does not stop the group from putting on an excellent showcase of their talents. With a set list encompassing both their old material and a good helping of their new material (it was meant to be an album launch as well) the Billiards ensured no-one left unhappy. The band shares between them several bottles of buck fast and makes reference to their fondness for a drink in ‘Drinkin,’ off their brand new album which is a romping 2 minute affair. One of the highlights of the night is on announcing they are going to play a song about “the people everyone loves to hate” (Spide) one of the members from the support bands appears on stage, hood up, cigarette in mouth, clutching a bottle of buck fast in hand and stumbles round. Perhaps trying to outdo themselves later the band are joined on stage by a chicken (well a man in a chicken suit) in what is turning into an extremely entertaining show. 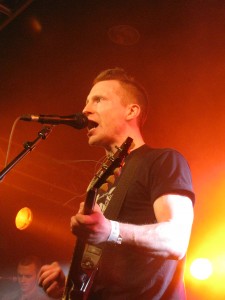 The two songs that receive the most rapturous reception are ‘Belfast Town’ and ‘Dirty Money’, both of which send the crowd into a frenzy. Being in the front half of the crowd close to the stage tonight is not for the faint hearted as mosh pits form and people dance their hearts out to Northern Ireland’s favourite ska punk band. The finale also features plenty of balloons which are thrown from the upstairs part of the venue by tonight’s support acts.This is no doubt a contender for best Northern Irish gig of 2012, it not only featured some of the best talent Northern Ireland currently has to offer, but also featured a spide, a chicken and plenty of inflatables. What more could anyone ask for only £9? My only question is how will they ever top this next time round… 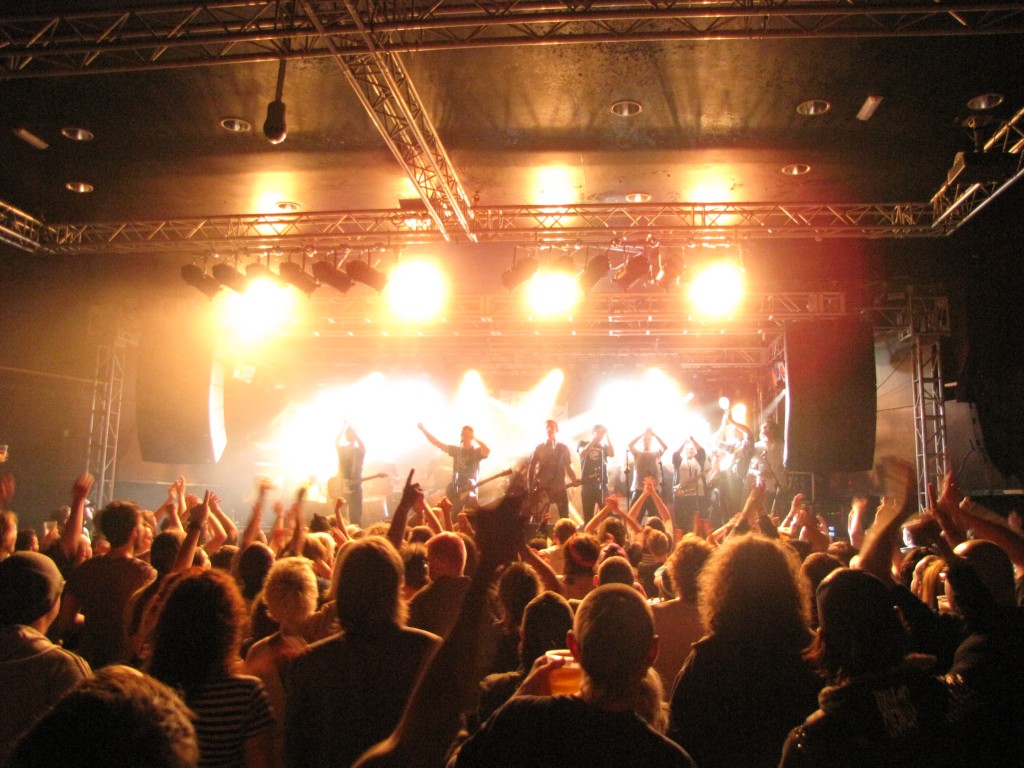