Katharine Philippa is one of many artists being highlighted as the next big thing to come out of Northern Ireland, in particular down to a stunning performance alongside the Ulster Orchestra which earnt her plenty of plaudits. Tonight is a different kettle of fish though, but as she takes to the stage the majority of punters in the venue move down to get closer to the stage. As expected her set is short and sweet mainly due to the fact she only has one EP under her belt so far. To ease in new fans she plays a mash up of Gotye/Labrinth /Lana Del Rey and her voice is very much suited to the vocal styling of Lana Del Rey’s ‘Video Games’. She seems at ease being in front of a crowd and chats to us in between songs making reference to a few not particularly fresh looking freshers. She is a talented song writer as well and charms us with ‘Whiter Than I’ and ‘Home’ which make use of her delicate but highly emotive voice. A triumphant performance from the young artist and there is plenty of murmurs among the crowd over how stunning her voice is. 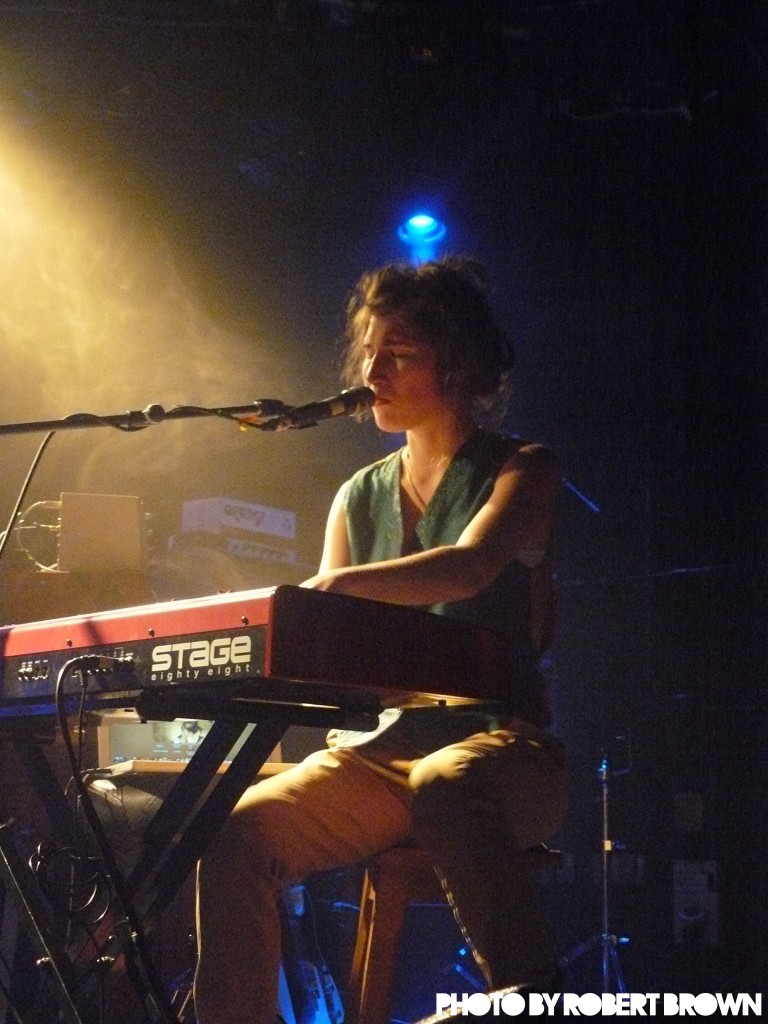 Pretty Child Backfire could perhaps be classed as the indie rock darlings of the Northern Irish music scene though at times their sound is hard to pigeon-hole  Despite a marked change of style of music over Ms Philippa, the crowd make the band feel more than welcome. Lead singer Mark tells us that this will be their last gig for a long time as they go off to write their debut album, which if tonight is anything to go by will be a treat. Leading off with ‘Our History’ they quickly move onto their main single ‘All the Things Said in the Twilight’ which draws loud cheers and applause from the swelling crowd. My personal favourite has to be their newer song ‘The Swell and the Break’ which is very upbeat and catchy. As they announce that their last song will be ‘I Wish I Knew You Better’ their laptop gives up the ghost and the band try desperately to fix it. It is not be though but they decide to finish with ‘A Gentleman’s Afternoon’ instead. Despite the technical errors at the end it’s still a very accomplished set and this reviewer will be looking forward to their return. 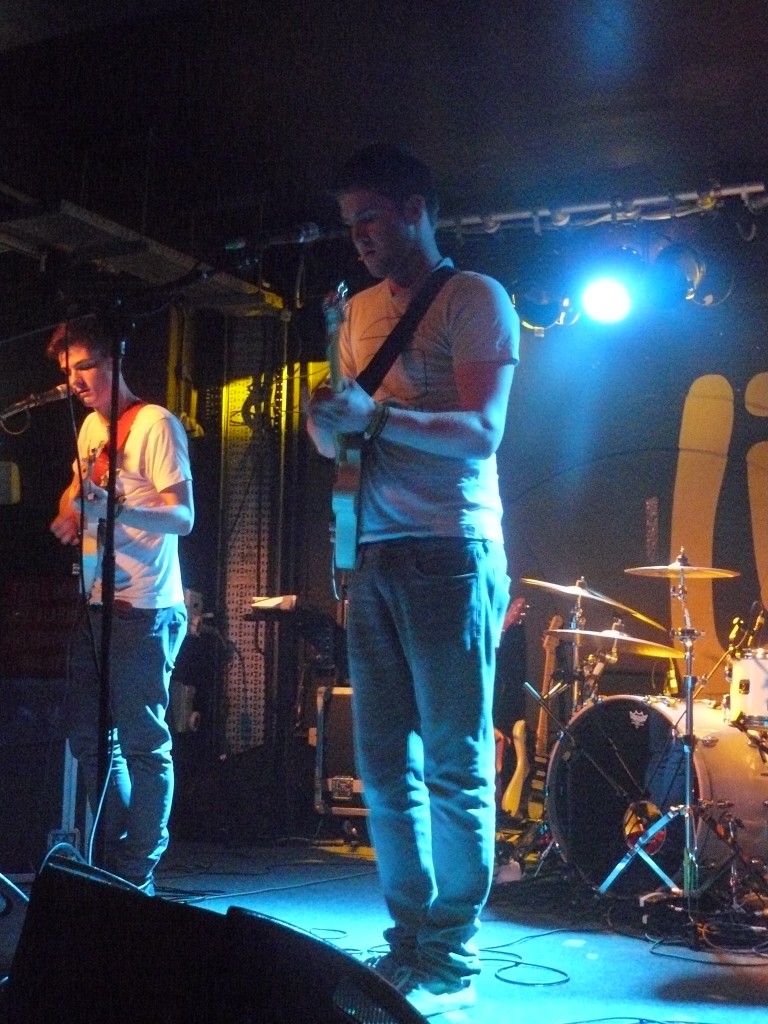 Tonight’s headline act of the first ever Thursday night Transmit, is Peter McCauley’s Rams’ Pocket  Radio. Having toured with Northern Ireland’s own musical giants Snow Patrol, it would seem that they are a talented bunch. Not to mention that tonight the Limelight is just short of selling out such is the demand for seeing them live. Tonight there is no Shauna Tohill who is on tour with her own band Silhouette in London. Kicking things off with the epic ‘Dogs Run in Packs,’ a piano ballad that has a nice edginess to it. Rams’ follow this up with ‘1+2’ which shows the real fans in the audience who sing along to every word as Peter plays the keys with a touch of class. It is as if Peter and the band are out to knock us off our feet by throwing in ‘Dieter Rams Has Got the Pocket Radios’ for a triumphant opening trio of big hitters.

Peter is in fine form tonight and seems entranced in his work, making jerky movements while playing with his eyes closed; we don’t mind though as the crowd is thoroughly enjoying this performance. ‘Numbers/Letters/Architecture’ is a stomping tour de force but it is nothing in comparison to new track ‘Aria.’ It is a booming electro track with pounding drums that is unlike anything Peter has produced before. It will be interesting to see how the debut album is turning out as many bands claim to be completely changing their sound but end up with just evolution rather than revolution; this could be Peter’s revolutionary track. Rams’ may be enjoying success across the water but it is clear tonight that they are just as popular on home-turf too. 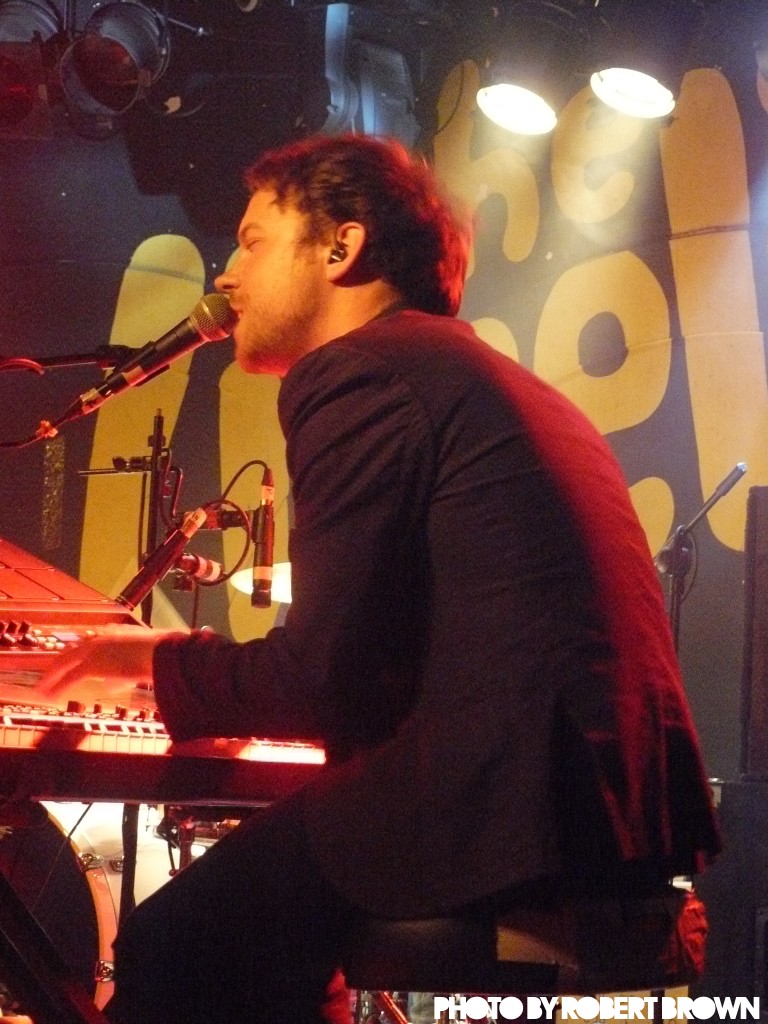 The first night of Transmit was a huge success with the venue very nearly selling out and the three acts putting on a great show for all those attending. Transmit returns this Thursday 27th September with Seven Summits, Elspeth and Psychojet and you can get in for FREE if you have a Limelight wristband or only £3 if you don’t. Get down and support local music!