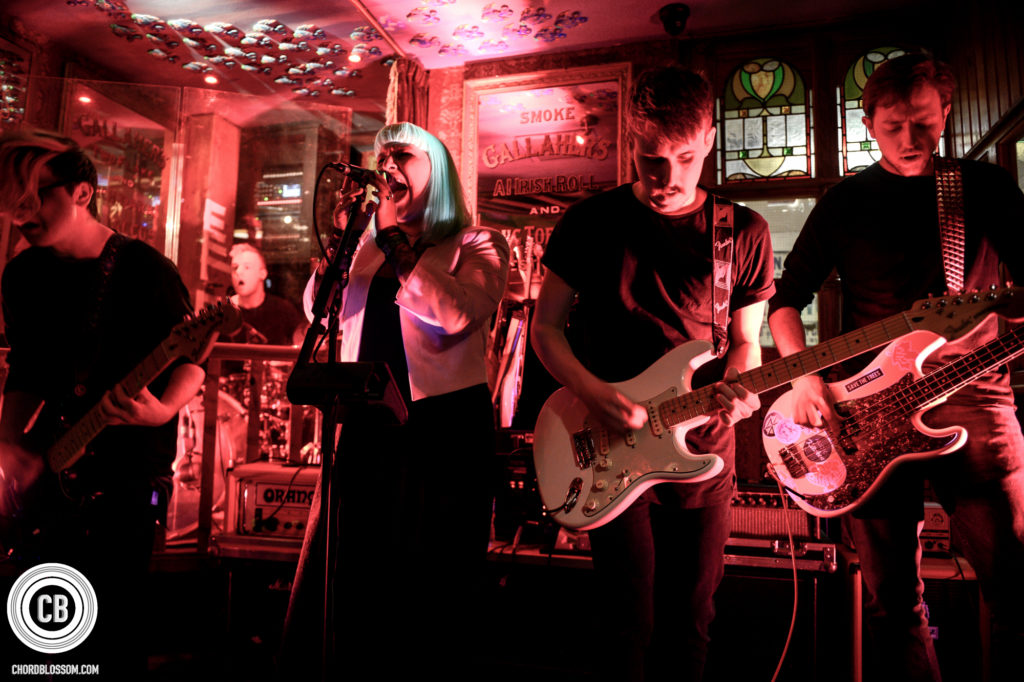 The Duke Of York, one of Belfast’s most prolific venues. Situated in the heart of the Cathedral Quarter, it has seen plenty of the city’s talent come through its doors at one time or another, even playing host to the first ever Snow Patrol gig. Tonight, Wynona Bleach and friends take centre stage for the release of their newest EP. The alt-rockers have developed a cult following behind their diet of addictive riffs (fitting then, that the EP is named ‘Sugar’) and a neon green aesthetic. Tonight is a release, both of a new EP and of a collective breath. The bands performing tonight sit together and laugh loudly. The hard part is over, now its time to celebrate.

Alt-folk singer-songwriter Joel Harkin begins the night’s proceedings in the only way he can. “This is a song about killing your girlfriend and stealing her money.” Oh. Harkin remains candidly informal, raising his voice to silence an impolite group at the bar in between song, and giving frequent context for his music. ever the storyteller and entertainer, Harkin’s setlist consists of folk melodies with a undercutting of darkness. All the while, he remains remarkably human, with stories of harrowing uncertainty and deep affection featured throughout. Steely guitar plucks, folkish vocal yelps and an engrossing ability to paint a picture lyrically, Harkin had hairs stood on ends for the duration of his show. 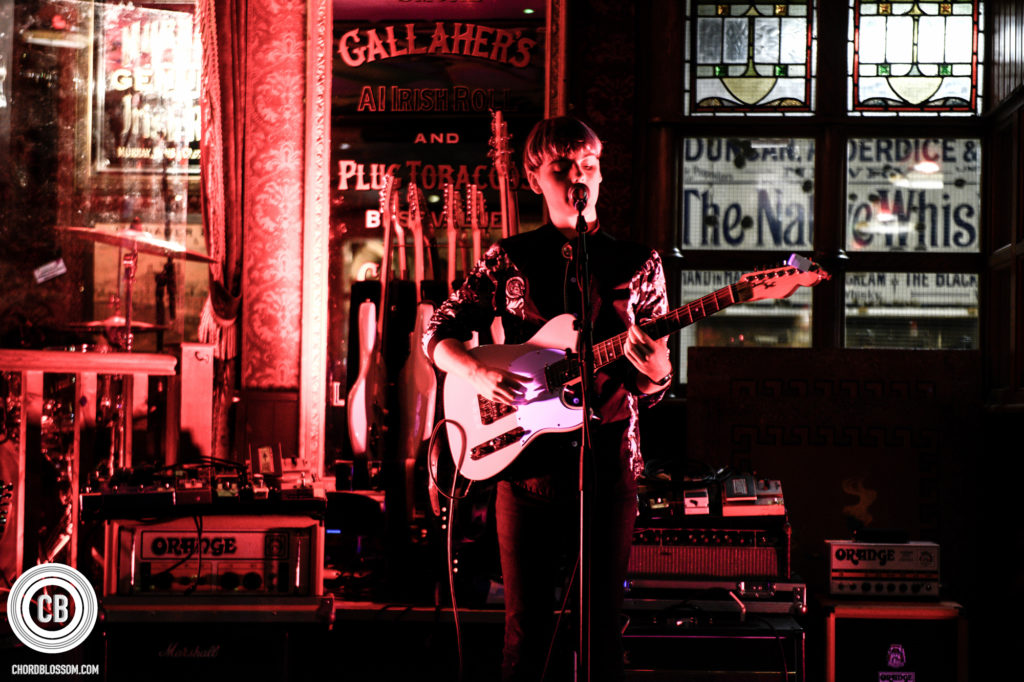 Second on the night is alt-grungers Hand Models, another local outfit with a considerable, dedicated following. Heavy on the liquid, grimey notes and beats, Hand Models have a slow, deliberate animosity to their music, a malice that takes on a life of its own. Their loose cannon mentality allows for a certain heaviness and free falling charm that has me on my feet for the majority of the set. Standout song ‘Wednesday’ in particular, with its slower pace and wet, psychedelic horizons, has a tangible effect on the room. Hand Models music has a vibrant, lucid vibe with a heavier, brittle edge that inspires mania amongst the crowd. Bouncy, gritty, nihilistic and poppy, their set showcased why they’re one of the premier local acts. 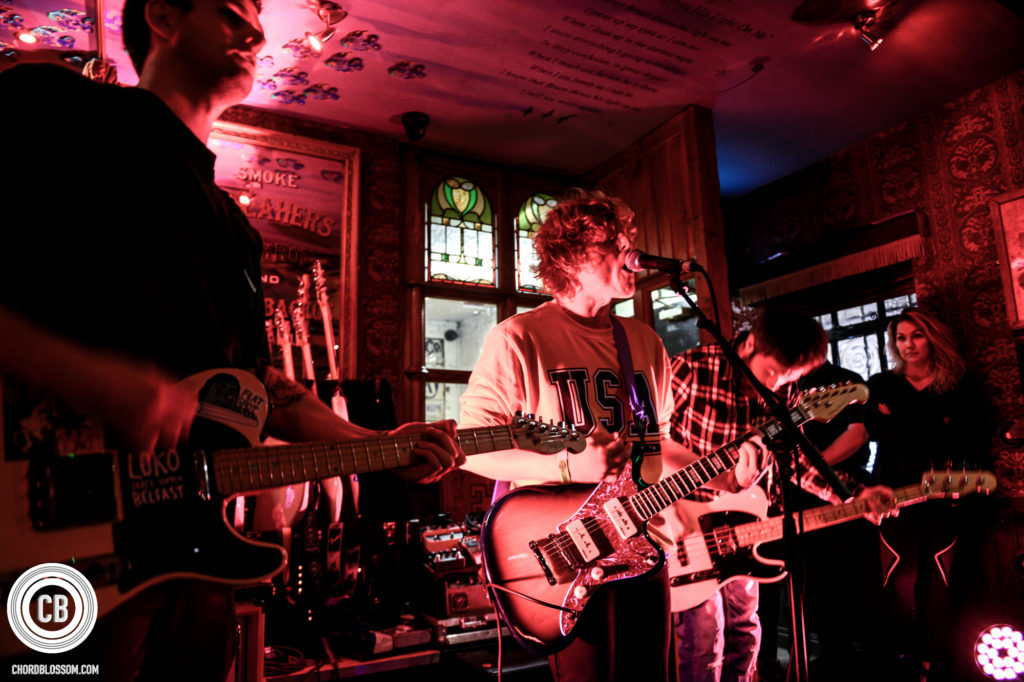 And finally on stage is the headliners Wynona Bleach. By this point, there is scarcely room to breath in the venue never mind dance. Headbanging will have to do I suppose. Like a mixture of Florence + The Machine and an underground punk group, Wynona Bleach combine a sense of grandeur with their urban grit, bringing an unbalanced, off-kilter and unpredictable appeal. Masters of manipulating tension and the proud owner of a number of hooking tunes, the unavoidable inclination to body sway with their heavy riffs becomes clear. Playing with a distinct alternative bite and a fiery punk beat that sets the room alight, Frontwoman Melyssa Shannon sounds like Belfast’s answer to Billy Corgan with her sweat soaked rock shrieks. Indeed, while the instrumental music remains paramount, it is the vocals that tie everything together. Whether it is Shannon on her own or the occasional duet with guitarist Jonny Woods, Wynona Bleach has all the components of an essential modern listen. By the end of the night, the audience and band alike are slick with sweat. A loud cheer goes up as the band share a laugh and smile. More of this to come hopefully. 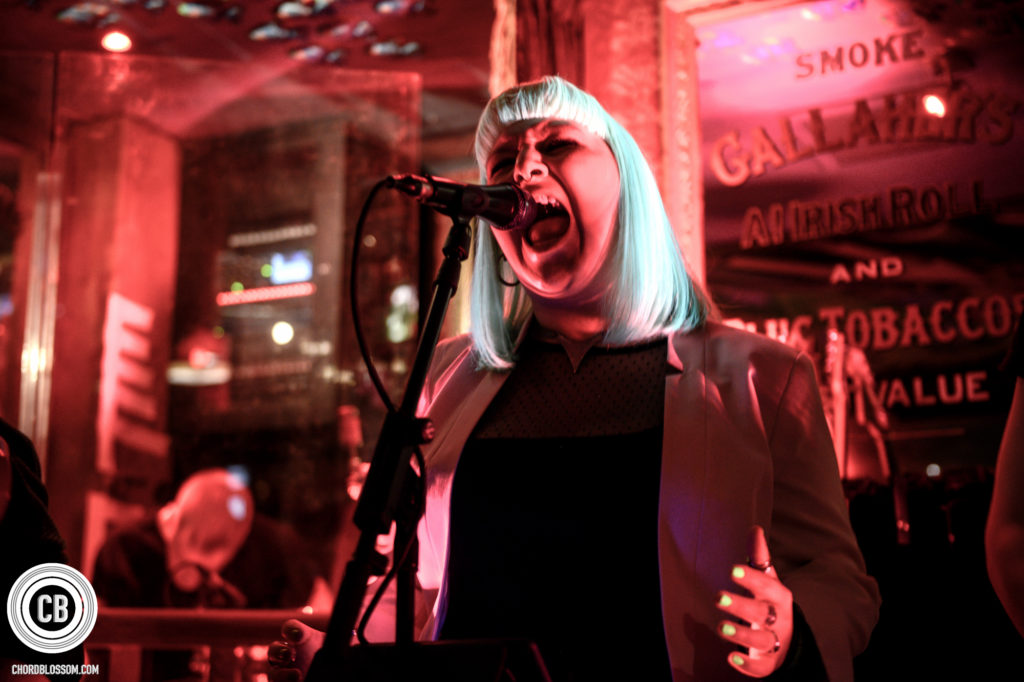