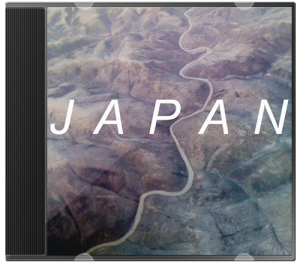 Opening track, ‘Beast and the Boots’ is primarily a folk tune headed by Dogtanion’s distinctive vocals. The acoustic guitar provides a simple melody which is joined by piano for the latter third of the song. The lyrics tell the tale of a down-and-out.

The electronic elements of this album, promised by some background research, are introduced here in ‘Islam’. This is a successful single in its own right and it begins with the amusing story of a pretty girl who thought Islam was a country – idiot! Some interesting synths lead the track when vocals are given a break. The inclusion of the sound effect of a guy coughing up some phlegm is, in my humble opinion, artistic genius. Not only is it humorous, but it keeps the consumer listening out for the next twist and turn in this track. One thing we will see throughout this album is the variety of styles and influences drawn upon by Dogtanion to keep things original. And don’t worry Dogtanion. You aren’t, “a stupid #*$%# with no talent!” You will go far!

‘Fringepot’ is a fun, accessible, electro-pop track which ramps up the use of synths from the previous track to achieve another really interesting song. Both centre partings and sports quiffs are referenced! This is the sort of song that puts me in a good mood, as soon as it begins. The use of backing vocals on the last stretch of the song really encourages the listener to sing along. It would be rude not to!

‘Heavy Talk’ blends the folk and electronic influences into another ridiculously fun track to listen to! Much of the musical component of this song would not be out of place on a Mario game or another 8-bit masterpiece. Despite all the fun jam-packed into this release, you can tell that Dogtanion LOVES music. Some people love music as a way to express their deepest thoughts and darkest emotions. Some people use it as a creative expression. Dogtanion comes across as the latter, which is very refreshing.

‘Bastard Son’ comes across from the offset as a more ‘serious’ song, a character of the next track also. Experimental aspects are still apparent in the track however and, as usual, the listener dare not miss a second for fear of missing another refreshing piece of creative genius from Dogtanion.

‘Never Change’ draws the tempo of the album down for a moment. This song returns to the folk roots of Japan, as laid down by Beast and the Boots. Matthew’s vocals are presented in a different light in this track, perhaps there is more evident emotion in his voice. Things take another interesting turn in track seven, ‘George’. This is essentially an acoustic track characterised by crystal clear guitar strumming and Dogtanion’s trademark voice. An accent we aren’t so familiar with here at CB, his London twang sits beautifully with the simple backing instruments.

‘Something Beautiful’ mixes electronic and folk influences to produce something truly beautiful. A fingerpicked riff takes the baton from an electronic intro effect and paves the way for the return of Dogtanion’s folk tones. A kind of chorus effect is accompanied by whistling and gentle vocals to create a serene atmosphere just beyond the half-way point and towards the end of the song. The serene atmosphere is kept alive in Atheist where basic guitar meets percussion and choral backing vocals. Atheist seems, to me, to be a sarcastic swing at atheists who “harbour a grudge” that God doesn’t exist.

Penultimate track, Set it on Fire, seems to draw inspiration from some of the indie rock being produced by the likes of Kings of Leon in their early days. The clear pronunciation of Dogtanion’s vocals is lost somewhat in this track which, again, adds variety. These seem like the ramblings of an honest man, in their purest, unrefined form.
Japan is brought to a close by Metaphor which has a gentle lullaby quality to it, although the lyrics do reference war! Dogtanion sings so sweetly and gently in this short piece that he really could lull a child to sleep, not from boredom, but from the atmosphere created.

Japan is a truly fascinating release by a talented man, not afraid to draw inspiration from all areas of music and life. As with each track, the whole album twists and turns, ducking a diving right till the very last, creating an amazing experience for the listener. Dogtanion has earned my first ever 5❤‘s!