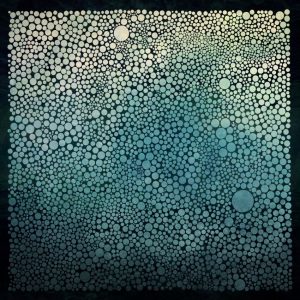 Comprised of James Smith and Daniel Todd, exmagician have affirmed with the release of Scan the Blue that, as their name might suggest, they still know the tricks. Formerly known as Cashier No. 9, the Belfast-based duo- who have been playing together since their teens- decided to produce this return to form with the help of Rocky O’Reilly, and have been reaping the inevitable rewards ever since the album’s release with Bella Union in March.

The foot-stomping romp that is ‘Kiss Your Wealth Goodbye’ – which was first released on their 2015 EP of the same name- is a veritable poster child for the benefits that can come with taking control of the production process. It is incredibly slick, to the point that Greenpeace might need to be informed as to whether or not it is likely to pose any potential risks to baby seals. It is, at times, evocative of the polished slink of Kasabian at their commercial peak, but with added hints of melodrama and meandering blues.

‘Bend With The Wind’ is somewhat similar to the opener, but more mellifluous in nature, despite taking a while to find its feet. Free-flowing melody is the primary focus here- think the Beach Boys tackling and interpreting modern dream pop- and although it undoubtedly makes for pleasant listening, the horns make it feel a little too whimsical to be sufficiently anchored by the rhythm section. ‘Place Your Bets’ is chock full of feeling and contains an overarching sense of sincerity. Bright, Growlers-eqsue guitars enjoy an extensive amount of interplay with slightly darker underpinnings as the track progresses, until it eventually veers with great ease between being soothing and vaguely unsettling in tone.

‘Desperado’ can best be described as Blur-soundtracks-a-spaghetti-Western. Soft vocals, catchy percussive components and surprising sprinklings of synth are very much the order of the day, but it is at this point that it becomes apparent that most of songs on Scan The Blue are of a similar structure; this is by no means a criticism, and obviously a deliberate decision on their part, given the extensive amount of pre-production that took place, however, it is, in itself, merely a reflection of the type of band that Exmagician have elected to be. ‘Feet Don’t Fail’ is a further example of this very measured approach. Tinged through with (triple) shots of early Americana, there are no masked aspirations here- everything is raw, but has evidently been meticulously prepared. This is one best performed by a campfire, preferably after a long day trekking the Mojave plains, accompanied only by a Korg MS20.

The full-spirited ‘Job Done’ doesn’t require any further reading, because- that’s right, you guessed it- it does exactly what its name implies. Although it is considerably heavier than its predecessors, it manages to defy the term nu-gaze, despite there being many of the typical components present; lightly distorted guitar threatens to become fully-fledged, vacuum chambered, My Bloody Valentine style fuzz by the time the guitar solo comes round, making this the first song that feels not only like a distinct departure from Cashier No. 9, but a natural progression of sorts, to the mature, unique psych rock that they have always had the potential to create. The sobering ‘Smile To The Gallery’ is yet another indication of this, as they explicitly admit that “It’s OK to walk away from what I know”. Taking the form of a lengthy, moody soundscape, it is refreshingly melancholic; the guitar practically pouts, such is its brilliantly sulky sound (for fairly obvious reasons, this remains my personal favourite).

In stark contrast, ‘Plan Retrieval’ bounces along, as jangly and pleasant as you like, showing off Exmagician’s highly diverse capabilities. Even though it has been heavily influenced by the wavy, more progressive elements of early rock, it remains highly accessible throughout. ‘The Rot Sets In’ is delivered in a similar vein, resplendent with a rhythm as insidious as the imagery of rot itself. A dirty, grungy, but above all, smart, take on pop, it keeps you guessing incessantly, before fading neatly into the blues-hued chug of ‘Wild Eyes’. Brimming with rolling, Southern riffs, it reaches towards a rather neatly constructed crescendo before rather abruptly grinding to a halt.

Finishing with its namesake, ‘Scan the Blue’ does not disappoint; it is ambient (in the way that ‘King of the Carrot Flowers’ is ambient, not in a puritanical, ‘Another Green World’ sense of the word) and resilient, conjuring up an unmistakable, bubbling feeling of optimism. They say that, “I see that you have never been/One for the ordinary things.”, but by extension of that insight, neither are Exmagician. As this album has confirmed, scanning the horizon for inspiration and shaping it into exactly what you want to hear is what they do best, and is hopefully what they will continue to do in their current incarnation for quite some time to come.