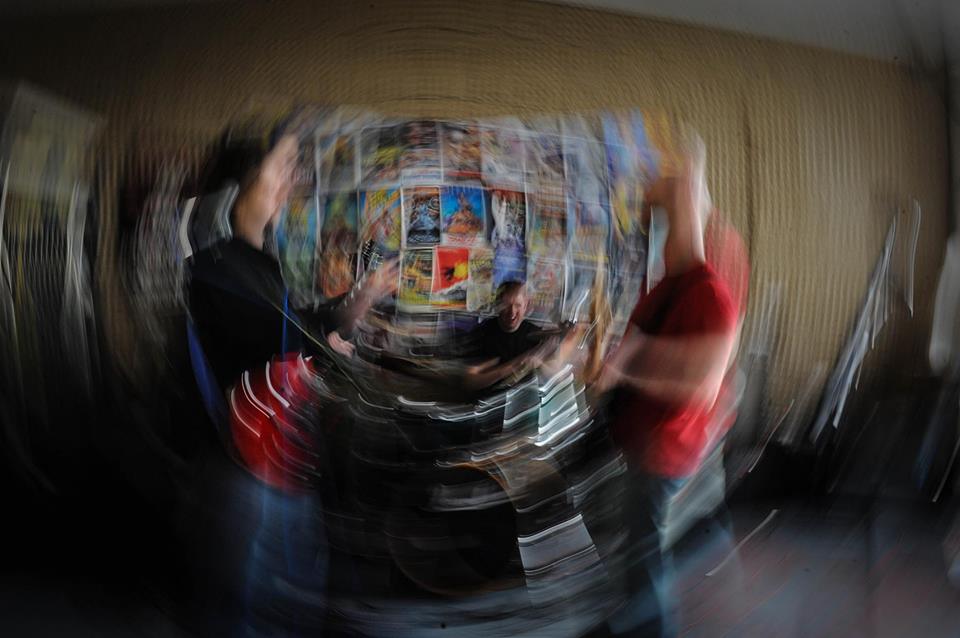 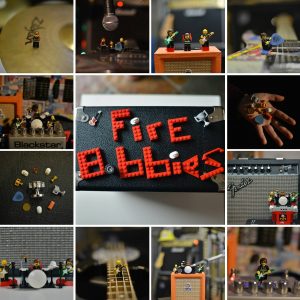 For a group so remorseless and unmerciful in their pursuit of dastardly rock numbers and bombastic hip shakers, their makeup and modus operandi remains shrouded in mystery. With their EP revealing little outside their love of Lego and their musical roots, the general population know little of the group outside of their radio hungry, forward thinking, down-to- earth rock n’ roll sensibilities. The three members, referred to only as Mark (guitar & vocals), Barry (bass & vocals) and Kevy (drum & vocals), indulge in this mysticism and use it to bring forth some extremely exciting, pitch fork waving tunes.

First song ‘Unsaid’ acts as the venus fly-trap of the EP, luring the unsuspecting reviewer close with its brief five second ethereal pop intro before launching mortar shells of typical post-2000 rock madness. Immediately you are given the sense that these guys know exactly what they can do and that they enjoy doing it. They simply get torn into it, with no need for messing about with an artsy 30 second prologue. No, they simply fire in with whiplash drums, thundering bass and white hot riffs. You cant help but laugh and join in.

The gruff vernacular in particular blends well with the blunt lyrics in a spiral of unfiltered bombastic mania that has you hooked by the second chorus. A fiercely unrelenting piece that has you imagining speeding straight into a red sunset, as you can almost feel the wind slicing trough your hair and fingertips. It does not strain the imagination to picture a crowd of enthusiastic fans jackknifing to ‘Unsaid’ as a live encore comes to a close. Nostalgic licks abound in this piece while listeners feed off of the bands own enjoyment, which is literally spat out at every beat.

Next comes ‘Write off’ which further progress the agenda of noughties inspired rock n’ roll. A tune literally submerged in feedback and laughter filled rage, with lyrics and instrumental crescendos that demand a search for something better in life. Unusually, it is Barry the bassist who steals the show as his ever consistent bombing raid bass lines form the all-to- familiar backbone of this groups now apparent style. Mark and Kevy are quick to follow his lead, unleashing a torrent of licks and crashes that leaves you short of breath as you are swept away among the percussion and lead guitar melodies. A triumvirate of pop punk harmonies, delirious drumming and painfully pleasurable riffs leaves you air guttering in a way that you will feel tomorrow morning. In a similar fashion to ‘Unsaid’, it seems that the main ploy of Firebobbies is as follows: get out, get loud and head bang. ‘Write off’ provides an interesting concoction of jagged beats that manages to entice new listeners instead of making them shy away. An extremely stripped back (but not dumbed down) number with no drama, just the meat and potatoes of rock: heavy riffs, frenetic drums and thick bass.

The final track comes along far too quickly, and with it comes a tangible change of pace. ‘Trocaire’, named for the over seas charity work of the catholic church, features a distinctly different opening from the baked tarmac style banging approach of its two predecessors. an indie folk acoustic opening with a double dosing of self-depreciation in both lyrics and vocal style, which soon changes into an uplifting message of hope and perseverance. Sounding almost as if they are about to launch into a Paul Simon number, before abruptly re-energising themselves and flying into an electrifying onslaught with arms wide open and head snapped back. Obvious lyrical connotations come with the title of the song, as it extends a message of not giving up while striving for a better tomorrow. As the pace picks up and becomes more like an anthem than a hymn it takes on the style we have now come to expect, of fast paced guitar and booming percussion, as if Green Day and Live Aid had a love child that rides roller blades. Firebobbies break their perceived musical ceiling with ‘Trocaire’, slashing imperially triumphant licks and soaring riffs that fly through the air. A slightly cheesier song than shown beforehand but it’s the good, secretly proud of type of cheesy.

Fused with the piercing musical intelligence of Mark, Barry and Kevy, the end result of this EP gives us a record that is as Belfast as concrete and cigarette butts. Impressive from start to finish in a truly uncompromising manner, Firebobbies do not disappoint.