by Shona Martin
in Music Reviews 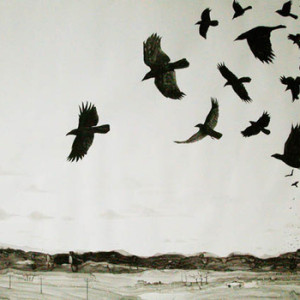 The first EP by Island certainly lives up to their definition of themselves as a storytelling folk group. The three piece, who hail from Belfast, provide relaxing and chilled out melodies, ultimately allowing the story of their songs to come across in a clear form. The premier track, ‘Turn of Spring’ may not be what you expect to hear, with lead singer but it doesn’t take long until you find yourself humming along to the track. It has elements of Bob Dylan throughout, allowing you to escape from the hum drum of manufactured pop sounds that have become so popular.

The title track of Australia provides some lift after the opening track with the introduction of percussion and a change in overall pace. It holds some similarities to the older Irish folk tracks, telling a story of emigration for work. While it echoes the stories of the past it still has prominence today as many young people from Northern Ireland need to move hoping to earn a living. With this track it would seem that songwriter and lead singer Enda O’ Reilly is well aware of the struggles most people face now, and has conveyed it in a very beautiful and harmonious way. The time of year is ideal for the release of an EP such as this. With the cold, dark nights looming outside it is time to turn up the heat indoors and turn this on. Its’ warm, slow melodies are incredibly atmospheric and the band would not be out of place performing them in a small, intimate place, with a sing-along occurring amongst the crowd.

Overall the EP is quite a timely and unique compilation of music. It certainly stands out from the crowd in terms of style and substance, providing tracks that I can hear myself sing repeatedly in my head. It doesn’t take more than one listen to know that this band has even greater things to come.