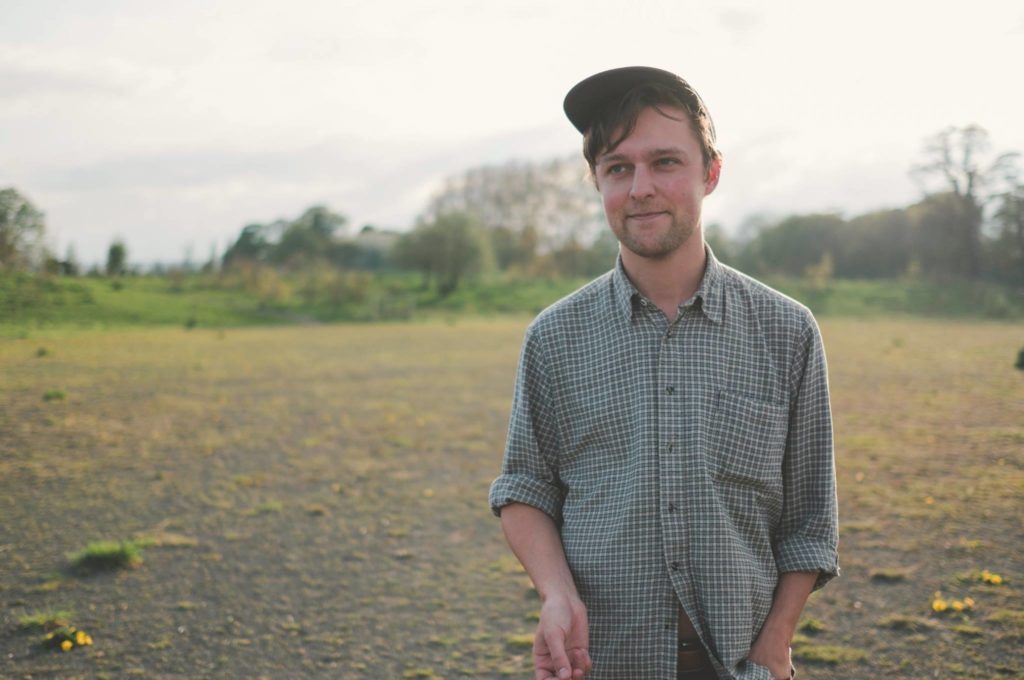 I remember sitting with some friends in the summer of 2013 talking about the music that was amazing us at the time. I started talking about Joshua Burnside’s newly released Single “Black Dog Sin”. I thought it was lyrically compelling and musically genius. “It’s amazing, but have you heard him live?” My friends asked “His songs just come to life in concert, you need to see him!” A few weeks after that conversation I was able to take their advice and saw his set at Forfey Festival. Still to this day I get goosebumps when I remember it.

Now, after 6 years of honing his craft, some amazing songs, multiple EP’s and his debut album “EPHRATA” that same electric live experience has been captured for this record “Live at Elmwood Hall”. A 9 track album drawing from a now sizeable back catalogue.

The Album opens to “The Good Word” beautifully introducing us to Burnside’s full band as he belts out “Glory Hallelujah” to the crowd gathered in the Old Presbyterian Church at Elmwood. The album then moves into “Northern Winds” perhaps a highlight in the running order. On the track we see Joshua’s incredible gift to draw his audience in through the stories that flow from his pen and the intricate musicianship of those playing around him as we hear sweeping strings and horns adding drama to the tales being told.

“Grapes” and “Blood Drive” provide two of the more stripped back moments. “Blood Drive” especially provides a charming acoustic alternative to the more electronic album version. I have loved the recorded versions of all of these songs but as you hear the swell of “Blood Drive” from an acoustic and cello to the full band coming back in, you cannot help but feel that it was this live context that these songs were meant to be played in.

“Hollllogram” and “26th Street” are both beautiful additions to the album but “A Man of High Renown” provides a highlight showing the Irish traditional influence and would not be out of place in any bar’s trad night with it’s flowing lyrical guitar riff.

With all this said the high point of “Live at Elmwood Hall” is kept for the very end as we hear a previously unreleased song “The Only Thing I Fear” sung by Joshua with only his fingerpicked guitar to accompany him. You could hear a pin drop as he takes us by the hand through his childhood and his fears of “Voices in the attic, faces in the TV static… always feel a presence lurking” before walking us to the present day where he cries “The Only Thing I Fear is Myself”.  It is a raw and moving performance that leaps out through any speaker that you may happen to be listening on.

As the fingerpicking fades out and the album ends I am left with many thoughts. I wish that the album went on past 9 songs. I am left excited for what comes next for this immensely talented artist. But more than anything else I am taken back to that conversation with my friends those years ago. “His songs come alive when they’re played in front of a crowd” they told me. This album shows that it is no less true today than it was before. Now it is recorded for people everywhere to get a taste of the experience. Listening just makes me want to go see these songs played again in person and hopefully I will get to soon.