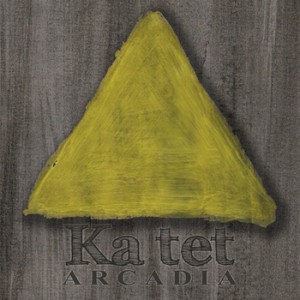 Ka tet definition: A group bound together by fate to achieve a common goal. If that common goal is to pay tribute to the work of one Josh Homme then they’ve succeeded. There, lazy comparison made and the last time it’s mentioned… No, sorry I apologise it’s not, there’s a distinctive sound going on for large parts of this album from the Galway trio and the words Queens, Of, The, Stone, Age and Kyuss will keep returning to your head. This is not to say the music on offer’s bad, and I hate comparing music but that’s generally what’s on offer. I’m sure it’s been mentioned before and the three talented musicians in the band yawn every time they read it but the inspiration is at time obvious.

After a short intro, the album kicks off with the bass heavy ‘Let My Lady’. It’s a huge sound from a trio, and ‘Awake’ follows in a similar vein. The rhythm section powers the whole album along, mixed with some great harmonising and guitar work result in producing a strong debut effort. On the negative side, a couple of the slower paced songs veer dangerously close to starting off as wanting to sound like Pearl Jam, but ending up sounding like Creed. A small criticism however and there is enough other material on display here to suggest a great future for the band. ‘Baby on the Brink’ is held together by a riff Mr Iommi himself would be proud as well as the return of that great bass sound. Personal highlight is ‘Bob N’ Charlie’, an acoustic led song very different to the rest of the album but demonstrating the eclecticism of the music on offer. One band I’ll be sure to catch live at the first opportunity.