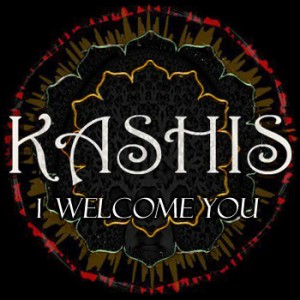 Lurgan’s Kashis are “described” as Grunge meets prog.  I for one am not the biggest fan of categorising music, but as a huge 90s fan, that g word came into my head A LOT listening to this four track EP.

‘The Monarchy is set to kill’ starts off sounding like a Stone Temple Pilots slab of pop genius, before quickly transforming into a bass lead Alice In Chains sounding track.  The vocals are absolutely huge, and the AIC comparisons are justifiable as ? carries a similar tone to Layne Staley’s distinctive voice. There are definite prog influences present throughout and the whole EP has a familiar but fresh sound to it.  The “grunge” influence is apparent for its entirety, but like the previously mentioned Seattle band, this is a metal influenced sound.

‘We are the blind’ starts off with a piano and acoustic guitar intro, again reminiscent of AIC at the more mellow end of their musical output.  The power and range the vocals are then unleashed and the song transforms into a more classical hard rock sound. That huge bass sound is evident from the start of ‘Hard to hand’ before those soaring vocals make a grand entrance.  A mid paced song progresses into prog battle between the musicians, all the while with strong Seattle influences again on display.

‘I Welcome You’ is an epic seven minute long mixed bag of what has previously been offered on the previous three songs.  A band not ashamed to wear their influences firmly on their sleeves, and on this occasion, with this strong a band and that good a singer, not always a bad thing.

The Vincent(s) – Valley of the Sun