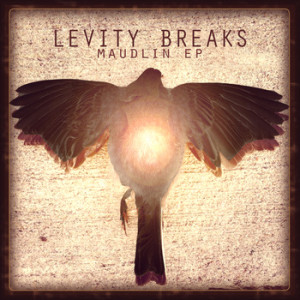 I was drawn to this band as I remember seeing them live at The Empire back in February. I thought they were very much like a better version of many well known famous rock acts out there. etc U2… Snow Patrol…First of all, I really like to see a band take care of their artwork, and not just throw on a band photograph. I think a lot of bands tend to fall in love with themselves far too easily with doing too many band photo-shoots. But that is just my opinion. Nothing wrong with a couple here and there don’t get me wrong. But I really love my CD artwork.

Meanings behind song lyrics and song titles are also important. Maudlin means a tearful sentiment often under the influence of alcohol. With their singer’s emotional, soulful deep voice this sentiment is easily carried across. So let us begin with the first song. ‘Maudlin’ starts with an expansive clean reverb drive from the guitar and drums. Sounding like a beautiful wave coming across, as if you are driving in the sun with all the windows down. “It’s like all the rain has fallen.'” The verses build up with guitar strikes and clean guitar riffs with the rolling drums coming in at all the right places. The chorus is easy to sing along with especially with the ohhh wow wow’s! The break down coming just before the last chorus takes a little journey just to give the song much more extra depth and introspective. This is like an Editors song, only with much better lead parts.

‘Home and the Wolf’ starts off beautifully with clean reverb guitar parts, with the piano sweeping us off our feet into solemnly thought provoking lyrics. The thumping drums and the ‘wow wow’ make their appearance from Maudlin. This has truly made us stop and listen carefully. ‘Hold your hand against my chest.’ There is just so many exquisite layers of sound breaking through. Many sorts of people from all walks of life could easily love this song.

‘First Word’, well the beginning of the first few seconds is exactly like From First To Last’s – Populace In Two. But that’s where the similarity ends! First Word takes this EP along a different path, which is great. It means it was unexpected. This is their ‘dance anthem’ with the keys taking the lead in making this song stand out like a pop vibrancy.

To end their EP with something live and acoustic is something special. All you need to do is listen to the song and you’ll know why. To have a full band sound live like that with no studio tracking is enchanting. It draws you right into the depths of the singers vocal style. The piano keys are being played to your heart with the bass lines pulling you forward… acclaimed musicianship, and truly breathtaking. The only thing missing is having the band right in front of you.