Lost Avenue – Stop Being a Rebel and Tuck Your Balls In 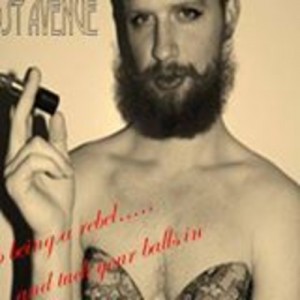 Derry quartet Lost Avenue have released the very Northern Irish titled EP ‘Stop being a rebel and tuck your balls in’; now tell me you don’t enjoy saying that!

The opener ’13 years’ begins like a typical 90’s style indie track but prepare to have that statement beaten out of you when Dylan’s Kurt Cobain style vocal accompanies the airy riffs. Now they’ve got your attention ‘Two bottles’ will keep you listening with its Lenny kravitz style opening guitar riff. This isn’t plagiarism though, the lads use it to make a style of their own, shaking up a cocktail infused with indie sounds, grungey goodness with a punk twist thrown in for good measure, proving they know exactly how they want to sound.

‘Tuck your balls in’ will have you singing along to the catchy chorus from the first listen, it would also sound great being yelled back to the band by thousands of beer fuelled fans in a sweaty mosh pit. The last track ‘Lights’ is the best song on the EP, the heart felt lyrics make it the most serious song on the album sounding somewhat influenced by the Smashing pumpkins it seems to edge more toward the grunge end of the scale, a definite must listen.

The Derry lads may be young but they know their craft well and having seen them live one would imagine these new tracks will be given the justice they deserve at live gigs.

Tags: Lost AvenueNadean DaleyStop Being A Rebel and Tuck Your Balls In
ShareTweetShareShareSendSend
Previous Post