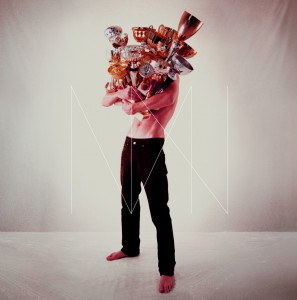 After building up a strong head of steam in the live circuits in and around their native France and Belgium with strong critical praise, Mnemotechnic have finally unveiled their acerbic and multifaceted debut album.

Sounding like a turbocharged version of The Rapture we open with ‘Shallow Goals’, a song that encompasses math-rock, shoe-gazing and just enough electro to keep things chugging along nicely. The track continues to barrage the audience, rising to a crescendo that At The Drive In would be proud of. The alternation between genres continues with ‘Blended Colors’. Math-rock gives way to indie before the tempo rises once more and hard rock suddenly becomes the order of the day.

Kudos needs to be given to Stéphane Laporte who has done a splendid job mixing this record. Tracks segue effortlessly into one another and when it feels like the listener might need a breather, the tempo drops and allows us to catch a collective breath. ‘Welcome’ is a prime example, following the concussive ‘Party People’ we have an industrial bridge that keeps the momentum of the album going before Tortorici’s vocals pick up the baton on ‘Empty Page’, a track that highlights the vocal ability and musical gumption that has been missing until now.

‘Red Cat Blackout’ and ‘The And If Girl’ signal the risky point where an album can lose its way. Thankfully, this is not the case and the rich vein of form continues with a pair of tracks overflowing with resonant drums, blistering guitar work and powerful vocals.

‘Intro’ leads us into the final stretch of the album with a mechanically precise instrumental effort. It highlights the technical nous of this three-piece and despite its short length, it is a track that this album is all the better for. We head back into more familiar territory with the final three tracks. ‘Penny for Belief’ is full of frantic vocals and concussive drums. ‘Dear Brittle Lights’ greets us with a riff taken right from Interpol’s ‘Obstacle 1’ It’s a nice touch and could be construed as a nod to the shoe-gazing influences prevalent throughout this record. ‘Pills’ polishes off the album with an absolute tornado that results in a wave of violent electro, metal, and thrash. It’s a hyperkinetic effort that stuns the listener and finishes off the record with aplomb.

Mnemotechnic have treated us to a technically gifted and articulate album. The clever decision to tour and drum up support for the past couple of years has ensured that these guys from Brest have an eager and willing fan base. The huge variety of musical styles can lead to confusion at times but the erratic nature is more of a benefit than a hindrance as the mutating nature in each track is a joy to behold at times. Not for the faint of heart.

◀ STANDOUT ⁞ Empty Page ▶
◀ SOUNDS LIKE ⁞ At the Drive In | Interpol ▶