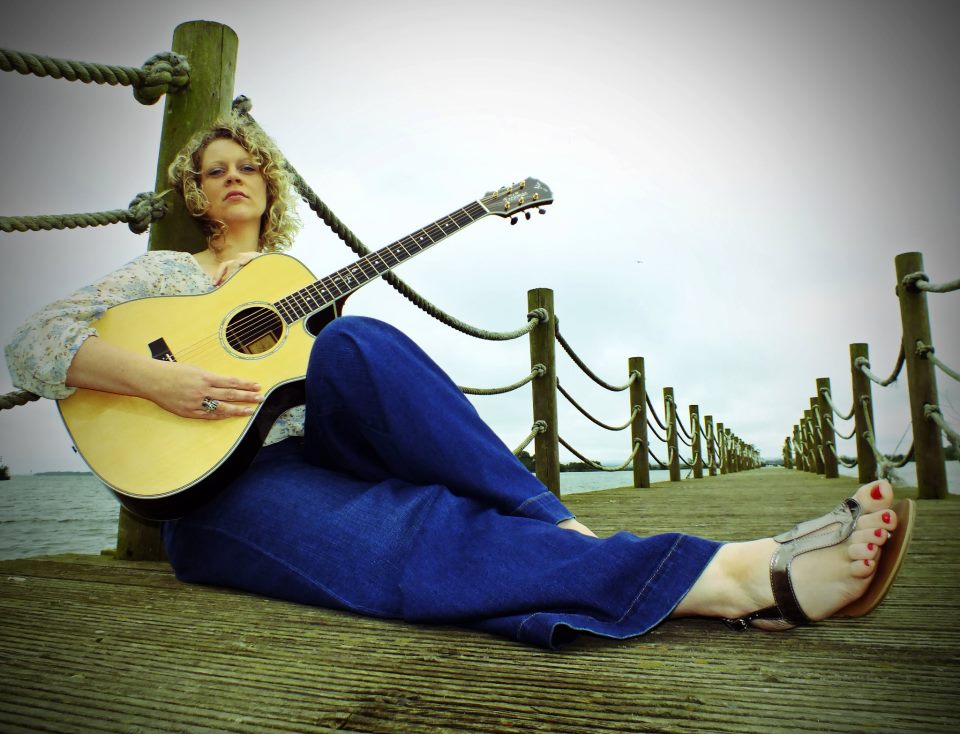 Not to be confused with the renowned stunt woman of the same name this Armagh based singer and song writer is however just as daring, a tour de force emanating the emotive and evocative talents of Mary Black or Joni Mitchell, Nina Armstrong brings the raw beauty of acoustic folk back to life with a three track EP that just isn’t long enough.

Her beautiful soulful vocals have already brought her to the attention of her contemporaries, performing vocals for MTV EMA winner Tyrone Relph on his album Princely Ransoms from a Paupers Address”. As well as being on the list of acts for a number of well know and highly popular local musical festivals, such as Glasgowbury. But the pomp and ceremony around this rising star, although well deserved, should not outshine her raw talent.

With the opening track of her EP it’s easy to find yourself transported, suddenly swept away from the noisy office surround to somewhere of calm and relaxation. Although gritty and a little bit edgy there is a beautiful melancholy in her vocal range complimented by the unadulterated acoustics of a guitar. The simplicity of the tracks composition is something to be in awe off. In a music industry busting at the seams with electronic artists Nina Armstrong demonstrates, rather eloquently, that less really is more.

The EP titled ‘Disappear’ is just a taster of what is to come, three tracks to get you utterly hooked. There is something deeply personal about Disappear, on a whole and it appears the Nina is no stranger to allowing her emotions and experiences impact on her music, which is probably why it pulls so strongly on the heart strings.

For me Nina’s music brings back a lot of happy and amusing memories of my childhood. Her likeness to Mary Black – which is maybe a likeness only I hear having grown up with her being played constantly in the house whist my Father looked after us.

Title track ‘Disappear’ possess a rich and earthy quality, mellow and somewhat sombre its simplicity is quite a rarity. Nina’s strong vocals stand in equal with the delicate instrumental backing track, the balance is eloquent and doesn’t overpower the other. As a yoga practitioner I find this track deeply soothing, the perfect to unwind and meditate too.

An edgier track than its predecessor, ‘This Could be Something’ maintains that otherworldly, indescribable quality and lovers of folk and acoustic music may hear suggestions of Laura Marling, Jose Gonsalez or even Alannis Morrisette (circa Jagged Little Pill) in the haunting compositions but, two tracks in you’ll realise Nina Armstrong is not an artist easily labelled or Pidgeon holed. Although her music can through up a number of comparisons to her contemporaries she is in no way akin to anything that has come before.

‘This could be something’ is an extension of what you her in ‘Disappear’ without being ‘samey’, it carries although the vocal and instrumental pungency of the opening track to more of a crescendo, building our intrigue and enthusiasm for Armstrong’s work

The final track, reaches that crescendo with class. An extremely beautiful cover of Seal’s classic ‘Crazy’ which is every note and chord true to the original masterpiece but, rather than being a verbatim imitation of the classic it is a beautiful tribute that pairs brilliantly with Armstrong’s delicate, punchy style.

I can safely say that ‘Disappear’ is only the tip of the iceberg and I am sure we can expect bigger and bolder pieces from Nina Armstrong without destroying the acoustic eloquence which makes her such a stand out and endearing listen.