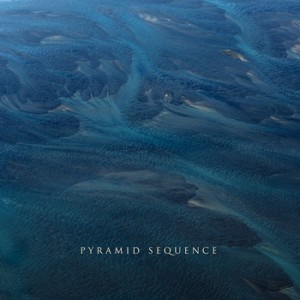 Pyramid Sequence are a new Limavady-based band, who have demonstrated a cocktail of different genres such as industrial, rock, electronic, progressive rock and pop through their self-titled debut EP ‘Pyramid Sequence’.

The first song from the EP, ‘It all began in fear’, begins with a simple piano and guitar, but builds to form an electronic explosion of impactful melody that overwhelms the listener. The song ends with a fading wave of distortion

In the second track ‘Sleeping Patterns of Pharmacists’ the guitar burns through a haze of silence and ambiguity to introduce a rock vibe to the EP. The high-pitched, relaxing vocals tame a silence that brings an emotive nature to the lyrics. The very different tones of the lead and backup vocals provide a feud-like comment and response feature to the song. In contrast to the stripped nature of the verses, the chorus is much heavier and forceful with strong and sharp vocals. The rock element of the band is very clear in this song, and assists this EP in showing the abundance of diversity in Pyramid Sequence.

‘Opportunity Abound’ is much more relaxing and peaceful, with quiet drums and serene guitar. New elements of percussion are weaved into the song and add different elements throughout. This song lends a tranquil and soothing vibe to the EP. ‘Indifference’ involves the unique use of a glock, which is contrasted by a distinctive marching drum rhythm in order to further the relaxing experience of Pyramid Sequence. The exotically named ‘Serrera Lorca’ begins with a lonely piano fading out into silence. As the piece develops, different electronic elements are subtly added to contribute to its emotive and sincere nature.

The EP closes with the final track ‘I Dream in Colours’, in which the soft voice of the singer is echoed to become a whisper adding depth to the song. Timid and introverted vocals are contrasted with hard-hitting lyrics that bring forth vivid imagery and the idea of hope in a pain-filled world. The song builds becoming stronger and stronger until it reaches a point of passion and power which drops suddenly to end on a cadence. Pyramid Sequence has produced a highly emotive EP built on the foundations of a completely individual sound. Keep your eyes out for this band in the future.

◀ STANDOUT ⁞ I Dream In Colours ▶
◀ SOUNDS LIKE ⁞ Keane ▶