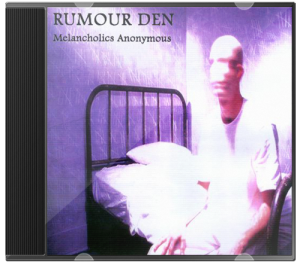 From the same generation that churned out the much lamented Northern Irish alternative rockers; Scheer, Rumour Den take the ambient, rocky vibes of The Smashing Pumpkins and marry them to deep, passionate tracks that could have easily been produced by fellow Irishmen Aslan such as in ‘If I Told You’.

The great thing about this record is the distinct lack of album fillers. Every song displays careful and articulate song-writing. Presented with a number of incredibly heart-wrenching songs, lyrically and vocally such as; ‘Down by Degrees’, this song could have easily been selected for the soundtrack to a silver screen romance and I would have been singing it for weeks after.

It is quite evidently portrayed that this tremendous band are not afraid to push the boundaries of conventional pop music. We are presented with a much darker side on tracks such as ‘Demon Seed’, with sparse, haunting voiceovers resonating throughout the track. In particular this song brought to mind Silverchair, which I personally adored and was a vital factor hooking me instantly to this band.

This record is magnificently beautiful and chilling. As the album name conveys, melancholic. For that reason, this record is not for everyone. It reminded me of Radiohead a number of times across the tracks, and is entwined with negative imagery and anthems for a broken heart. Beautifully crafted, and a clear portrayal of passion and graft in the powerful delivery this record packs. I loved this album, and I am very excited to hear more from this recently revived outfit.