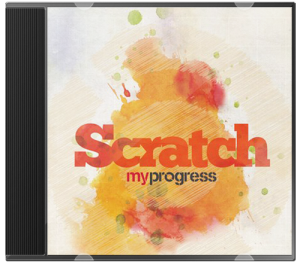 Having released her first EP entitled Fallen back in 2011, Katharine Philippa has gone from strength to strength both musically and professionally. Anyone lucky enough to have witnessed the BBC Radio Ulster’s Great Northern Songbook, hosted in the Ulster Hall, would have been genuinely blown away by her classic composition as she took on the challenge of reinterpreting David McWilliams ‘The Days of Pearly Spencer’ in her own unique way. A songstress whose music commands silence in a room and has each and every one there hanging on her every lyric.

Home recorded especially for for the Scratch my Progress cd. A gentle, sorrowful blend of heartbreaking piano composition, gentle laps of the ocean and Katharine’s trademark voice – nothing short of beautiful and inspirational.

Everyday Superheroes – Is This For Real?

Lisburn based four piece Everyday Superheroes bring the first installment of pop rock to the Scratch My Progress cd. Their career to date may be a short one, but they’ve proven their worth with singles such as ‘Comin to Getcha’ and ‘Listen to Me’ hitting the 10,000 mark on Youtube. Citing influences such as Muse, The Strokes and Imogen Heap give this band a sound that is dynamic, romantic and charismatic all at one.

Is This For Real? is their addition to the Scratch My Progress: Vol 1 compilation. Lead singer Frances Mitchell’s vocals are both exciting and heartbreaking as she describes a reaction I’m sure we’ve all had when finding true love, and trying to hold on to it.

20 Second Century entered the programme via a different route. Having been selected by Citybeat radio as their “Next Big Thing” the band already had enough support and fans to give them the leg up they needed to get into the music business. Songs themed around awkward teenage romance and underage drinking not only make them appealing to a whole host of teenage music fans, but remind the previous generation of what is was like to be that age, harking back to days when we treasure our Blink 182 and Jimmy Eat World albums above all else.

Remember does exactly that – a fresh pop punk hit that wouldn’t seem out of place at a teenage party while the parents are out of town, or in a rock club whenever everyone’s had a drink too many and demands a dance.

Bangor solo artist Conor Brown has ate, drank and slept music since he was thirteen. Writing and producing his own demos ever since, he brings a very different sound to not only the Scratch My Progress project but indeed to the Northern Irish music scene as a whole. Inspired by a collection of electro-pop artists, it’s a sound that is very different to the usual rock, pop and metal acts that are scattered around the country.

On Thin Ice perfectly rounds off the compilation as Conor’s operatic vocals collide with his self composed electronic beats to craft a song that will surely send shivers down your spine.

Opportunity knocks. It’s a saying that works both ways. So if you’ve got a song inside you bursting to come out, but you’re not quite sure where to begin, give the huge metal doors of Oh Yeah a knock yourself next time you’re in Belfast. As I’m sure the four graduates from this terms Scratch My Progress will tell you, there’s no better place in the country to learn the ropes and prepare yourself for what it takes to be a professional musician.