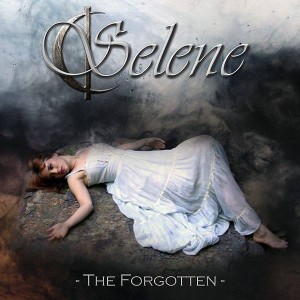 Northern Ireland’s leading light in the symphonic metal genre, Derry’s own Selene, have certainly been busy beavers since their formation a mere couple of years ago. Their debut EP Among the Frozen was released in July 2013 just months after they got together (you can read our review of it here), followed by EP number two, Paradise Over, in October 2014 (read here), as well as single ‘Blood’ at Christmas time last year. Their debut full length The Forgotten is to be released on November 19th 2015 and they have kindly let Chordblossom have a sneak peek of what’s to come.

Opener ‘Dorian’, he of the ‘painting and never ageing’, begins with an immediate epic vibe, with power metal speed and angelic vocals. The song has a darkly beautiful feel and a smartly racing chorus. A fine start, in short.

There are a few songs on the album from previous releases: ‘Paradise Over’, ‘Not Enough’ and ‘Fade Away’ are all here, albeit slightly reworked to great effect, and the aforementioned ‘Blood’ finally gets an album release, too.

It’s the newer songs that really dazzle, however, from ballad of sorts and lead single ‘Neverending Silence’, with its yearning lyrics (“these fairytales we keep within”) and a confident and self-assured vocal performance from frontwoman Shonagh Lyons, to the ‘childhood days’ sadness of ‘Memories’, which fantastically showcases Lyons’ range, to the most metal track on the album ‘Our Story’, with its boisterous, blasting intro and frenetic, urgent pace. Also worth a mention is nine and a half minute majestic closing number ‘Piano Black’, which contains male Latin choral singing, a xylophone, a charging beat that’s as catchy as it is headbang-y – it would, in fact, make for a perfect set closer – crystalline and beautiful vocals, a Celtic feel and lyrics that tell of how we feel obliged to mask our true selves (“life’s an endless masquerade”) – phew! Ending with Lyons unmasking herself a la Pink Floyd’s The Wall, it’s a masterpiece in both production and execution. Bravo!

For this metalhead reviewer however, the highlight of the album is (ironically) the least metal song. ‘Sweetest Dreams’, with its cautious piano intro, lush strings and understated drum and guitar work, fits Lyons’ elegant vocal performance like a glove – her voice here genuinely brought a tear to your scribe’s eye. Spine-tingling and gorgeous, it’s utterly captivating and simply symphonic ballad perfection.

From start to finish, in The Forgotten Selene have created an album that nails the symphonic metal equation. For make no mistake: this genre is a balancing act: if the metal side is too weak it becomes wishy-washy, and if it’s too bolshy and brawny it overpowers the beauty of the vocals. Every song here is mesmerising, full of soaring and clever guitar solos, sweeping synths, just-right tough drums, and a vocal performance from Lyons that will take your breath away. Highly, highly recommended.