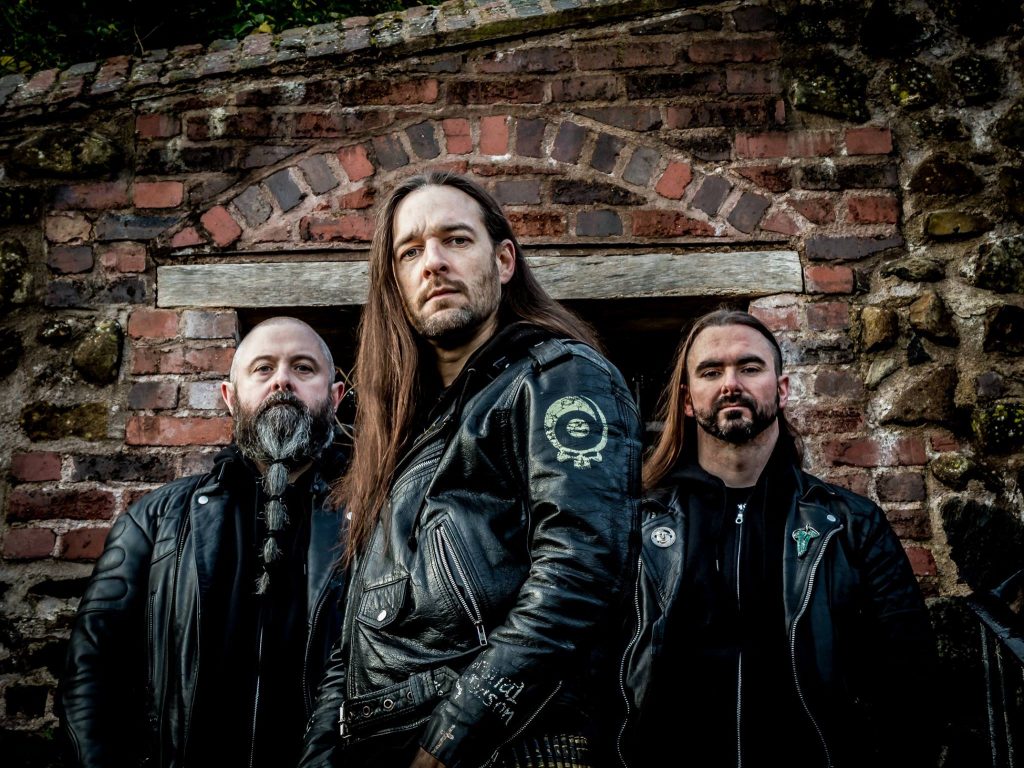 The Crawling – Anatomy Of Loss 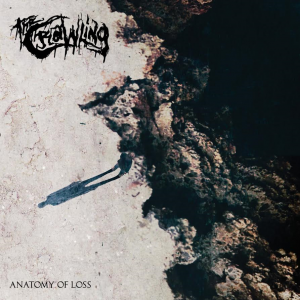 Since they were founded in Lisburn in 2014, the three members of doom/death metallers The Crawling have always put their extensive backgrounds in the local heavy music scene to reliably good use, releasing their first EP In Light of Dark Days in October 2015 (you can read our review here) and delighting their local fans with excellent live performances every time they step onstage. 2016 saw them step it up a notch, winning the Northern Irish Metal 2 the Masses competition which earned them a slot at Bloodstock Open Air Festival and Inferno Metal Festival in Norway, as well as playing a main stage set at the highly respected Siege of Limerick festival.

2017 sees another major goal reached, as they released their debut album Anatomy of Loss just a few days ago on Grindscene Records. The album, described by vocalist and guitarist Andy Clarke as “a collection of stories about loss, regret and despondency”, has caught the attention of the likes of Metal Hammer, who featured it in their Subterranea magazine (defining it as “both an affirmation of Nineties death-doom grit and a harrowingly sincere journey into the dark chasms of loss”), as well as streaming it in full on teamrock.com – heady praise, indeed.

The malevolent opening riff of ‘An Immaculate Deception’ certainly makes one sit up and take notice, as does the immediate dive into a deep, doom-laden pace which matches Clarke’s scowling roar perfectly. The self flagellating lyrics (“forgive the things I’ve done”) are as bleak and relentless as the pace of the track, while Clarke’s singular, almost plaintive guitar playing is rather refreshing in a genre where the instruments are often indistinguishable from each other.

‘Poison Orange’ is the first of several tracks to utilise several pace changes, resulting in a song that’s both slower and doomier and faster than ‘…Deception’; the quicker sections fly by in a flurry of double kicks and percussive bass guitar that’s as exhilarating as it is confronting.

The softer intro of ‘Acid on My Skin’ allows Clarke’s vocals to take centre stage; it’s an eerie number, full of decidedly nightmarish lyrics such as the skin crawling “They say you can watch yourself through me” – creepy, or what?! It also contrasts nicely with the next track, the straightforward ‘All Our Failings’, with its immediate, blistering pace and lush, almost choral pairing on the guitar and bass. Its swirling, all encompassing riff envelopes the listener completely; that, combined with its bitingly harsh lyrics and frenetic, pure death metal midsection will almost certainly make this a live favourite.

The first of two tracks from their EP is next: the disdainful and bitter ‘The Right to Crawl’, which also cleverly ebbs and flows, rather like a screaming rollercoaster ride through hell – and that chugging, battering ram of a riff is simply superb. They then turn to their doom roots for the rather Sabbath-esque (well, if Sabbath wrote songs full of self loathing) ‘Violence Vanity and Neglect, which contains both the best instrumental section and the most masterful drumming on the album.

As so often happens, the longest track is left until last; in this case it’s the eight and a half minute epic ‘Catatonic’, which is the second of the two tracks from EP In Light of Dark Days. Brooding, bleak and bruising, it tells the story of watching a loved one who is in a long, drawn out coma. Simultaneously wishing for the person to awaken and be set free, it is thick with sorrow as it ebbs and flows down a river of regret, fear and anger (beautifully represented by the song’s faster sections). Heartbreaking yet ultimately liberating (“I miss him. Just let me leave”), it is a doom/death masterpiece and caps off the album magnificently.

With a few years, an EP, some superb live shows and now an album under their belts, The Crawling are, as astonishing as it may seem, really only just getting started. As the current champions of the underground heavy music scene in Northern Ireland, their trajectory is rising exponentially, and Anatomy of Loss will only serve to push them higher. We will be watching them with keen interest!