Returning for its fifth year, Spectrum Music Festival have achieved what many thought was unthinkable, tempting A Plastic Rose out of retirement. The four piece alt rock outfit were always a favourite of the live scene in Belfast and it is a real treat for fans to be able to catch them nearly two years after their last performance. Taking place in the Empire on Thursday 26th October, the return of APR marks Spectrum as simply unmissable.

It would be wrong to only highlight A Plastic Rose on the Spectrum line-up as they are joined by the irrepressible energy of Brand New Friend and the rather sublime Jealous Of The Birds. This year the festival has worked with several local music outlets including Chordblossom, Shizznigh Promotions and Blackstaff Music to handpick three additional bands for the bill. The lucky bands are the raucous Derry rock n rollers Scenery, Belfast rockers Search Party and Armagh pop punk outfit, Hello Casanova.

Tickets for the event are available from Ticketmaster for the early bird price of £10, while tickets will be available on the door for £12. Further information can be found on the event page. We look forward to seeing you there! 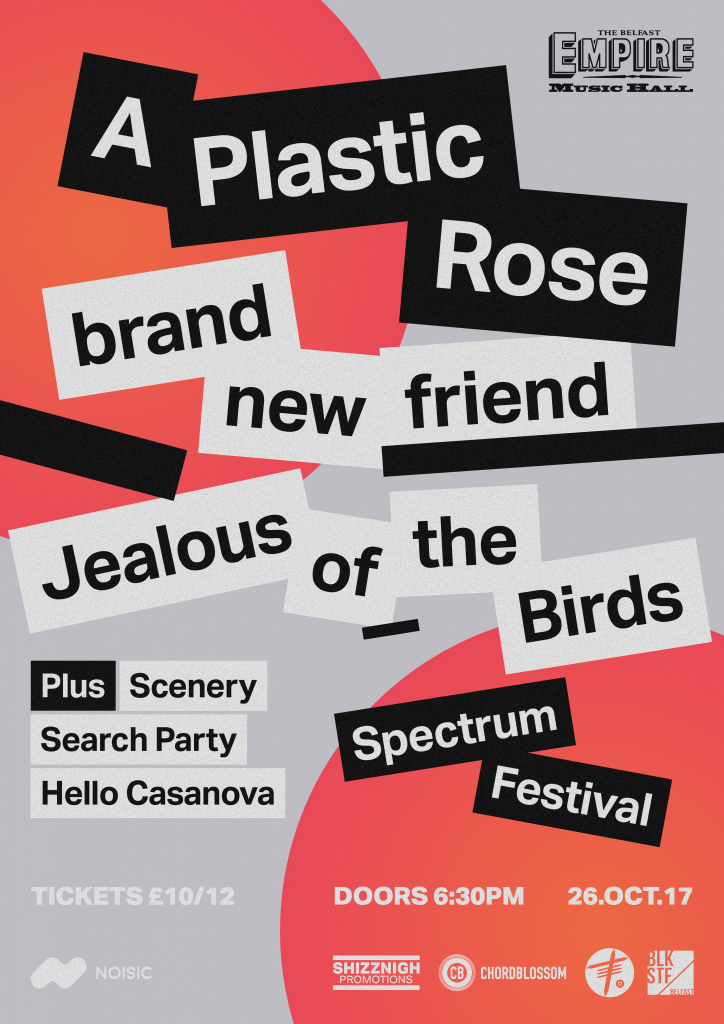