Independent Venue Week is back for 2017 this week. The 7 day celebration is staged across more than 120 independent venues throughout the UK. It has seen a strong set of shows taking place in Northern Ireland in the last few years, and 2017 is no different.

Kicking off in earnest on Wednesday night, Help Musicians NI host the first of their two shows in Belfast’s Black Box with a line-up that includes the alt-folk of Joshua Burnside and Rachael Boyd, supported by Goldie Fawn and Stephen Elliott.

Two great shows take place on Saturday night, in Belfast and the North Coast. Portrush’s offering has HMNI teaming up with Independent Venue Week again. Live favourites Emerald Armada are joined by Runabay and VerseChorusVerse in The Playhouse. While in Belfast, a stunning line-up of Aborist, Franklyn, Our Krypton Son and Joel Harkin will play another official venue, the Oh Yeah Music Centre. 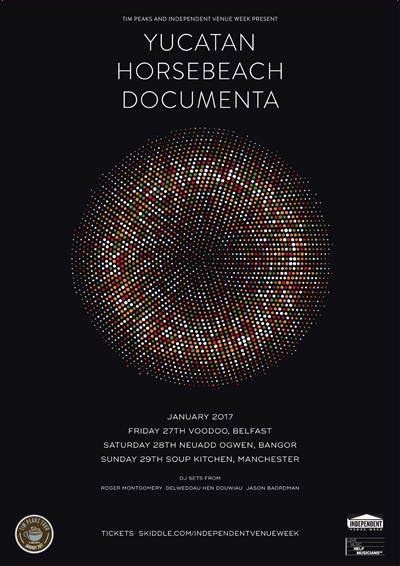